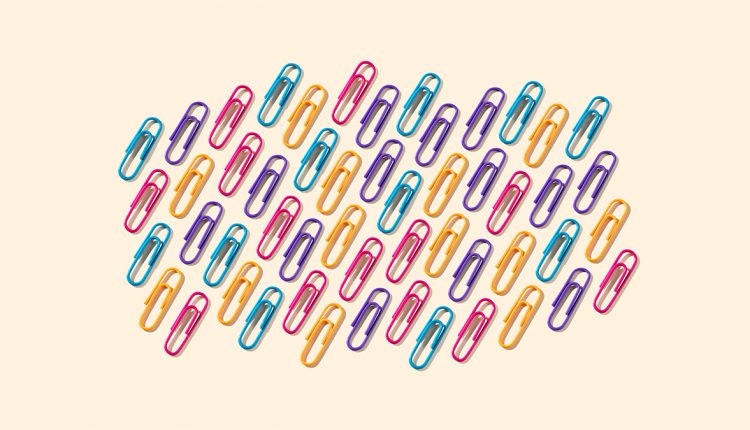 Even if your company is committed to diversity inclusion, you might have hidden biases in your hiring strategies. According to recent research on the hiring practices at several prestigious firms, this can take several forms. For example, you might view unpaid internships more favorably than other types of summer jobs, which introduces socioeconomic bias. And you might think that minority and female candidates are less likely to accept a job if offered because so many other firms are also interested in hiring them (something, incidentally, the research doesn’t bear out); because of this, you might be less likely to pursue those candidates. So, if you’re truly committed to diversifying your organization, take a hard look at your hiring processes and face up the fact that they might not be as effective in practice as they are in intention.

We are in the midst of a much overdue national conversation around systemic racial bias and inequality. This reckoning has forced companies, large and small, to contend with their own diversity, and many firms have identified that they are lacking.

Firms can address these issues as the economy continues to rebound and workers reshuffle across industries to meet new labor demands. To capitalize on this opportunity, however, firms — even firms with active diversity and inclusion initiatives — must examine whether parts of their hiring processes have unintentional bias built in.

A large body of academic research has found that hiring managers display bias against underrepresented minorities. A prominent example is a 2004 study of racial bias in which researchers used a “resume audit.” They sent the same resumes out to many employers with a randomly assigned name at the top. They found that a resume generated fewer interview requests when it had a name chosen by the researchers to suggest the candidate was Black (such as “Lakisha” or “Jamal”) than when it had a name that was chosen to sound white (such as “Emily” or “Greg”).

These findings have been replicated many times, but the “resume audit” method can only investigate bias among employers willing to interview unknown candidates who apply through job ads. These employers are typically small and recruiting for less-selective positions.

We wanted to explore the preferences of larger, more prestigious employers — the type that hire through relationships with schools and other feeder organizations rather than cold resumes. Many of these employers have active diversity and inclusion initiatives, suggesting they might favor diverse candidates in their hiring, or at least avoid being biased towards minorities and women.

To investigate whether or not this was the case, we needed a new tool. So, we built one. Along with our former graduate student, Colin Sullivan, we developed what we call “incentivized resume rating.” Our method invites firms to rate resumes with randomly assigned characteristics (e.g., GPA, major, work experience, extracurricular activities, and skills) as well as a name that is indicative of race and gender. Recruiters know the resumes are hypothetical, but with an important twist: Their responses are used to match them with real job seekers, providing an incentive for firms to carefully rate the hypothetical resumes.

We first implemented incentivized resume rating with employers engaged in on-campus recruiting for graduating seniors at the University of Pennsylvania, our home institution. Hiring managers from prestigious firms signed up to participate in our program, rating 40 resumes each, and giving us a fascinating window into their hiring preferences. The results of our study were recently published in the American Economic Review.

What Did We Find?

We asked firms to rate, on a 1–10 scale, how interested they would be in hiring a potential candidate. As expected, firms valued higher GPAs — and so we benchmarked the size of our other effects in GPA points — and they preferred candidates enrolled in prestigious schools within Penn (e.g., the Wharton School of Business) more than those in the standard undergraduate program.

Also as expected, firms valued the quality and quantity of internship experience:

In contrast, however, having a summer job before junior year — the kind of job a student might take to earn money (think barista, server, or lifeguard) — did not increase employer ratings at all.

This result suggests our firms did not value the skills developed on these jobs. It also introduces a socioeconomic bias: The standard internships that firms valued were typically unpaid, and some candidates could not afford to take them and had to work for money instead.

This was a first hint that how firms were making their decisions may not always serve their goal of increasing diversity. We next turned to look at the role of race and gender in resume ratings.

The recruiters in our study told us that they were seeking diverse candidates. When we surveyed the firms, 90% reported that increasing gender and racial diversity was a factor they considered positively in their hiring. Their resume ratings suggested otherwise:

This result aligned with findings from the 2004 resume audit, which found that increasing resume quality helped candidates with white names substantially more than those with black names.

We also found evidence of a new type of discrimination.

In addition to asking firms how interested they would be in hiring each candidate, we also asked them how likely each candidate would be to accept a job at their firm. We saw this question as an important indicator because employers are unlikely to invest time and energy interviewing and recruiting candidates who are unlikely to join their organization. Across all fields, employers rated minority and female candidates less likely to accept a job if offered.

This result suggested that firms might be less likely to pursue minority and female candidates, fearing that they would be too hard to hire.

So, why would firms appreciate the same experience less when it was held by a minority or a woman? And why might they believe a minority or female candidate would be less likely to accept a job?

But our data suggests that these beliefs are wrong. We find no evidence of firms displaying positive preferences for diversity. Indeed, firms hiring in STEM fields displayed a bias against minorities and women.

Next Steps for Organizations

Our research suggests that firms may have unconscious biases that pull the wrong candidates into their recruiting funnel, in a variety of ways. How can firms address this?

The first step requires taking a hard look at your hiring practices. This step might involve quantifying the fraction of applicants who have historically come from different demographic backgrounds and looking at the fraction of each group that gets invited to an interview and is offered a job.

If the data suggests a problem, the next step is diagnosing it. Importantly, don’t assume that well-intentioned individuals will necessarily produce neutral hiring screens. Our research revealed that there may be a gap between a firm’s diversity objectives and their actual decision-making on the ground.

Based on that assessment, the next step is to develop a plan to address these issues. Be mindful that some quick fixes introduce problems of their own. Machine-learning algorithms that are trained on historical data might “bake in” historical bias, for example. And approaches that redact candidate names do not necessarily remove all information that identifies a candidate’s race or gender, which can allow unconscious bias to creep in unchecked.

Research shows that slower, more deliberate assessments, based on objective criteria, are less prone to bias. One approach is to ask resume screeners to slow down and to use objective criteria in comparing resumes to one another. For some firms, this may not be practical, and a “quick screen” may still be required. A low-tech solution might be both redact names and any information that could signal a candidate’s race or gender. When we built our tool, we used real resume components but made them race and gender neutral (for example, stripping gendered language from clubs, activities, and sports teams).

More sophisticated approaches are also possible. In our Incentivized Resume Rating approach, the employer’s hiring preferences captured by the tool (GPA, work experience, and leadership) are used to screen real resumes and create matches, except data on gender and race is ignored. This neutralizes one of the problems with most algorithmic approaches. Thus, the firms who participated in our study were matched with a more diverse set of candidates than they might have screened on their own.

Ultimately, our research allows a peek under the hood of big prestigious firms, where we found a surprising amount of race and gender bias given that these firms claim to be seeking diversity. To answer the call of the current moment, firms need to take a hard look at their hiring processes and face up the fact that they may not be as diversity-loving in practice as they are in intention.

Is Your Midsize Company Designed for a Post-Pandemic Future?

Why Has the Media Been So Reluctant to Unmask Andrew Cuomo?

How Many Times Will We Let Facebook Completely Abuse Its…