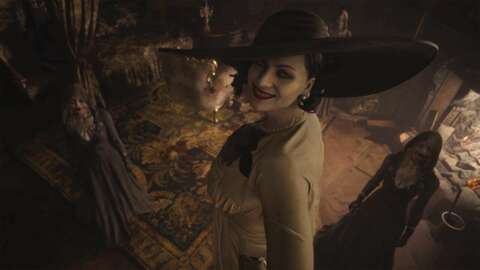 Update: Xbox players, including a GameSpot editor, have found that the Newegg Xbox codes appear to be unlocked. After installing, you can start the game immediately despite the release date being May 7. However, this deal is no longer active.

Resident Evil Village releases in just a week, and if you buy the Xbox version, you can play it with Xbox Series X|S enhancements for no extra charge. If you want to save some cash on the digital version, Newegg has a deal for $10 off at launch, so you can get chased around by the very tall vampire lady for even less cash. You definitely don’t want her to catch you and step on you or anything. No, seriously, you don’t.

To take advantage of the Newegg deal, all you have to do is order the digital version of Resident Evil Village and enter the promo code EMCEUSU34 when given the option during checkout. This will automatically drop your total down to $50 before tax, and the game will be sent digitally so you can play at launch. With code EMCEUTE36, you can also get the same $10 discount on the Deluxe Edition, which comes with extra digital goodies.

Resident Evil Village stars Ethan Winters, who previously starred in Resident Evil 7. Series mainstay Chris Redfield will also play a major role, and antagonist Lady Dimitrescu has become quite the meme with her very tall frame and the internet’s tendency to get a little too excited. As with Resident Evil 7, the game takes place in first-person.

In addition to the main Resident Evil Village game, your purchase also includes the multiplayer spin-off Resident Evil Re:Verse. It certainly looks quite a bit different from the main game, but for the price of free, it’s tough to beat.