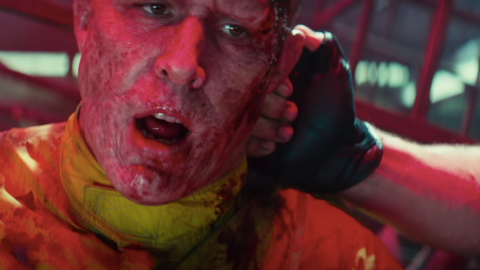 Actor Ryan Reynolds is doing his part to help raise awareness for mental health, and to make his point extra loudly, he revealed the plot for a version of Deadpool 3 we may never see.

Promoting the Bell Let’s Talk charity from Canada, Reynolds wrote on Twitter, “It’s critical to have open, honest, and healthy discussions around mental health. By retweeting [this tweet] you can make a difference. In case that’s not enough, before Disney bought Fox, Deadpool 3 was gonna be a road trip between Deadpool and Logan. Rashomon style. For real.”

January 28 was Bell Let’s Talk Day, a day when Canadians and other people around the world come together to help raise awareness for mental health issues. The charity campaign this year, which also included the funny Michael Buble video below, raised nearly $8 million for Canadian mental health charities.

As for the Deadpool 3 plot, a road trip movie with Deadpool and Logan could have been amazing. Reynolds and Wolverine actor Hugh Jackman have a wonderful rapport and excellent chemistry, as evidenced by their ongoing fake feud.

A new Deadpool movie is happening, and it will introduce Deadpool into the MCU. It’s being written by sisters Lizzie Molyneux-Loeglin and Wendy Molyneux, who also write for Bob’s Burgers. Despite now being a Disney property, Deadpool 3 is expected to carry an R rating.

It’s critical to have open, honest and healthy discussions around mental health. By retweeting #BellLetsTalk you can make a difference. In case that’s not enough, before Disney bought Fox, Deadpool 3 was gonna be a road trip between Deadpool and Logan. Rashomon style. For real.

Marvel boss Kevin Feige cautioned that Deadpool 3 is not going to happen anytime soon, due in part to Marvel’s already busy film schedule.

“Ryan is a very busy, very successful actor,” he said. “We’ve got a number of things we’ve already announced that we now have to make, but it’s exciting for it to have begun. Again, a very different type of character in the MCU, and Ryan is a force of nature, which is just awesome to see him bring that character to life.”

In related news, in December Disney announced that it was creating a new “mature content” section for Disney+. It will be titled Disney Star, and will launch in February in the US and will roll out in a variety of international markets throughout 2021.

Now Playing: Everything We Learned From the Deadpool 2 Super Duper Cut and Special Features