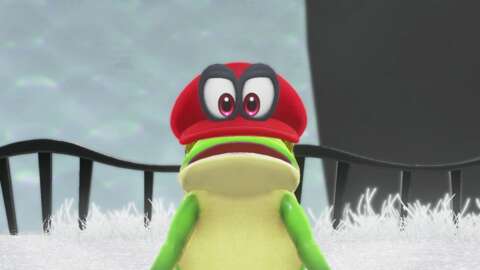 Save $20 On First-Party Nintendo Switch Games In Rare Sale

Nintendo rarely cuts the price for its own games on Switch, as they’ll continue to sell without needing sales for years after launch. However, a rare sale happening now has dropped the price on some of the best Nintendo Switch games to just $40, including a few featuring Mario.

Currently live at GameStop, the sale includes four first-party Nintendo Switch games as well as Bandai Namco’s Jump Force: Deluxe Edition. The games are all priced at $40, which is a $20 discount off their standard price. You can also get all of them either as physical or digital copies, so you can immediately start playing.

If role-playing games are more your thing, GameStop still has you covered with the sale. Xenoblade Chronicles: Definitive Edition is on sale, and offers an enormous adventure that has never looked better than on Switch. Fire Emblem: Three Houses just might be the best game in its series, too, with tons of replay value because of the choices you make early in the story. Even just doing one route will take dozens of hours.

The sale follows a separate one still happening for Ubisoft games on the Nintendo Switch eShop. That deal offers savings on some of the publisher’s biggest Switch games, including Mario + Rabbids: Kingdom Battle.

Nvidia beefs up DLSS with more games and Linux support