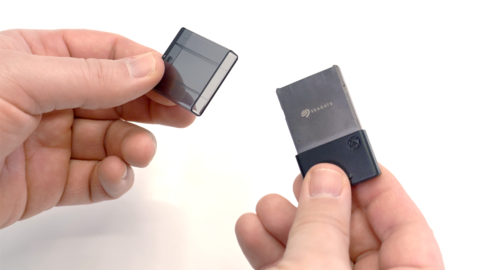 Update: This deal has since expired. However, you can still save a few bucks off the MSRP via Newegg using the same button below.

Next-gen game sizes are getting huge, particularly with the recent Call of Duty games. If you’ve already run out of space on your Xbox Series X but don’t want to delete anything, Newegg has a deal for you. The Seagate Storage Expansion Card for Xbox Series X|S is currently on sale via a promo code for 10% off, amounting to about $22 in savings. We’ve very rarely seen the card go on sale thus far, and it’s the only external storage option for the system that can run games directly from the card.

To get the Seagate Storage Expansion Card for that price, you need to put it in your cart and use the promo code 93XQS68. That will bring the price down to $198, and you can also click a button to automatically apply the code when you get to the checkout page.

Both the Xbox Series X|S and the PS5 make use of ultra-fast NVMe SSDs instead of traditional SSDs or hard drives. This lets them load games extremely quickly and enables features on Xbox like Quick Resume. However, it’s also extremely new, hence the price of the expansion card, and it makes other external options incompatible.

The good news is all you had to do to use the Seagate drive is plug it into a port on the back of your system. For PS5 users, they’ll eventually be able to install approved NVMe drives into an internal slot, but the feature is currently disabled. On Xbox Series X|S, you can also store games on another drive and move them internally when you’re ready to play., and we can help you with the best Xbox Series X storage solutions.