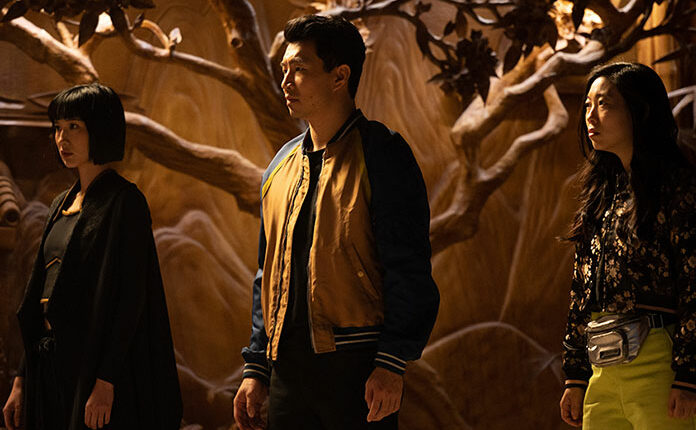 Marvel Studios’ “Shang-Chi and the Legend of the Ten Rings” opens in cinemas tonight – a film that will serve as a bellwether for the near future of Disney’s exhibition strategy.

The Simu Liu-led film marks the first Marvel movie since mid-2019’s “Spider-Man: Far From Home” to play exclusively in theaters at first with a digital release of any kind not due until mid-October.

Since the pandemic began, Disney has put the majority of its new movies either direct to Disney+ or both simultaneously in cinemas and on Disney+ Premier Access. This film however will launch in approximately 4,200 North American theaters and marks a return to a more standard theatrical only release.

Should it prove a success, Disney will likely opt to continue that approach and essentially return to pre-pandemic business (albeit with shorter 45-day windows). Should it fizzle, it’ll provide the Mouse House with justification to continue its simultaneous ‘Premier Access’ strategy for at least several more films (and likely impact release plans for Marvel Studios’ “Eternals”).

Opening over the Labor Day weekend, not a traditionally busy time at the box office, the film is reportedly still on track to generate around $45-55 million in its first three days of domestic release – some estimating it could reach $60 million.

That would essentially double the Labor Day opening weekend record held by Rob Zombie’s “Halloween” remake, but would also represent the lowest start ever for a Marvel movie.

July’s “Black Widow” opened to $80 million in U.S. cinemas and a further $60 million from Disney+ Premier Access worldwide. That film remains the highest-grossing movie of the year in the U.S. with $181 million just from domestic box-office alone.

Internationally, “Shang-Chi” is also premiering in overseas territories (excluding China) and looks to collect another $40 million.