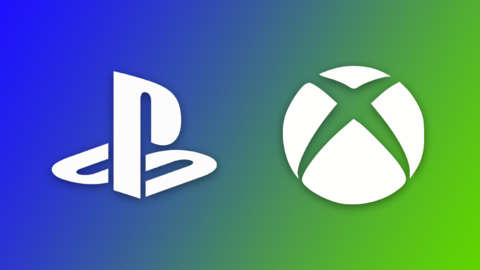 Sony And Microsoft Are Rethinking The Importance Of Launch Lineups

While the PS5 and Xbox Series X/S will usher in the new age of gaming, there’s a refreshing focus on sticking with the past.

We’re about to enter what is likely the strangest transition to next-gen consoles we’ve ever seen. After months of fragmented online speculation in times of COVID-19, we finally have an idea of what to expect from the release of PlayStation 5 and Xbox Series X/S and their respective launch lineups. On the surface, the consoles have all the traditional trappings of new video game hardware–faster performance, more detailed graphics, and bigger, better games. Sony and Microsoft have maintained the forward-thinking approach that encapsulates the promise of next-gen. However, what is different about the upcoming launch of both consoles is that Sony and Microsoft are actively reframing the expectations for the new hardware’s launch window, for the better.

What strikes me as refreshing, and a lot less stressful, about this upcoming generation is that I know that we’ll have plenty of games to play due to continued access to my existing games from the current and past generations. Historically, new consoles have been something of a reboot for existing fans, while also being a fresh start for newcomers. Once we enter the next-gen, it’s essentially a new era with dedicated games, a new infrastructure, and an assortment of features and innovations that put each console several leaps ahead of its predecessors. This change is to be expected with new hardware, and because of this ensuing gap, I tend to keep my older consoles close in case I want to play some games that aren’t accessible on the new hardware.

This divide can often be the decider when looking forward to the consoles, and it’s especially noticeable in the early period of new hardware. Truth be told, when I first bought my PS4, I had some regrets about my purchase. In the months immediately following its launch, the only games I had sunk any time into were Infamous: Second Son and Metal Gear Solid V: Ground Zeroes. So far, based on the messaging from both Sony and Microsoft, the launch of the new hardware seems to be addressing this rut that can often come from adopting new hardware early. Instead of anticipating the usual angst and uneasiness of having a new console with not much to play at launch, I see myself more enthused about buying a new console earlier than I expected.

What we’ve seen with the PlayStation 5 and next Xbox consoles is that they’re putting a much larger stock in having players retain access to the past. With this current generation raising the importance of having a mostly digital library, and away from physical media, there’s a need to have players retain access to the games they’ve purchased. Of course, backwards compatibility isn’t a new thing. The original 60 GB PS3 offered full backwards compatibility with PS1 and PS2 discs, a feature which was then scaled back with newer models. The Nintendo Wii earned significant praise for offering ways to play the classic games from its past via GameCube backwards compatibility and its Virtual Console store. But what makes the upcoming era different is that more of an emphasis is placed on having legacy games being a part of your launch lineup for the next-gen.

To have new hardware actively push the importance of having access to older or even the more recent games on day one can remove that feeling of emptiness when owning new hardware and feeling like what you really want is still a generation behind, or in the distant future. In an interview with the Washington Post, PlayStation CEO Jim Ryan stated that “99 percent” of PlayStation 4 games will be playable on PS5. In contrast, the Xbox Series X continues on with its radical and more comprehensive approach of having access to different generations of Xbox games, and that reassures me about next-gen. It’s becoming something more akin to me trading up instead of feeling like an investment in a console that will eventually get a larger library of games.

If anything, the best comparison I can make is that it’s something of an Apple-style approach with its line of iPhones and iPads. Instead of feeling like I’m ditching years of games and experiences, I’m simply getting a better and more efficient way to play some of my older favorites. I’ve put many hours in Bloodborne and God of War, and there’s something very exciting about the idea of replaying them with PS5’s faster processor and solid-state-drive, which are expected to improve the experience of older games in some regards. With this being available at launch, it’ll make me feel less like I’m going to be caught in the middle of two generations, and more in that I’m going to have the latest hardware to continue playing games from both the existing library and the newest games.

In Microsoft’s case, the company is approaching the accessibility to games and your existing library in a few ways. For starters, it’s leveraging the highly successful Game Pass program, which in itself is something of a killer app for Xbox One and PC users. With the expanding curated list of games to play from its standalone subscription service, it’s not only a great way to revisit some old favorites, but also play games you missed over the years. Then you have the Smart Delivery feature, allowing you to play new games like Dirt 5, Assassin’s Creed Valhalla, and other major releases on both the Xbox One and Series X/S. While the Xbox Series X lacks some critical exclusives during its launch window, the breadth of games available on day one still presents an enticing way to upgrade. Also, it does a lot to offset the disappointment of Halo Infinite being pushed back to 2021.

Sony’s approach is comparatively less comprehensive. However, it still features a vast library of games for players to gain access to. In addition to the previously mentioned backwards compatibility with a large majority of PS4 games, the company also recently unveiled its new PlayStation Plus Collection program. For PS5 owners with PS Plus, you can play a curated selection of games that include the previously mentioned God of War and Bloodborne, along with other titles like Batman: Arkham Knight, Persona 5, and Uncharted 4. Having many of the PS4’s key games available on PS5 as an added PS Plus perk is really cool, and it’ll be great to see where the service can go in the future. While Jim Ryan has stated that the PS5 won’t have backwards compatibility with PS3 and earlier consoles, there’s still great potential for the curated list of PlayStation Plus games to grow in unexpected ways.

It does feel like the PS5 will have to catch up to Microsoft’s library, but there are a solid lineup of games to play on PlayStation Plus collection, and what existing players will bring with them from their PS4 library. One cause for concern is how PS4 games will operate on PS5, which Sony has been mostly vague about. Buying a PS4 game and instantly getting the PS5 release seems to be more on a case-by-case basis, which is different from the more simplified Smart Delivery initiative. While it’s likely the PS5 will be compatible with PS4 Pro versions of current games, there hasn’t been more concrete info about what sort of enhancements will be available at this time. In contrast, Microsoft has stated that earlier Xbox games will receive enhancements for existing games on Game Pass, which has an extensive lineup of games from the 360 and Xbox One eras.

Both the Xbox Series X/S and PlayStation 5 are sticking close to their past libraries, which is very exciting to see. This reframing of what a launch lineup should be is a great attitude to see from both Sony and Microsoft. Not only does it present more value for jumping into new hardware, but it also shows more respect for its existing player base who have heavily invested in their chosen platforms. We’re entering a strange, new generation, but I can’t help but feel like it’ll already be a more welcoming one.

For more on what’s to come with PS5 and Xbox Series X/S, be sure to check out our Generation Next hub, which focuses on all the latest news, features and videos focusing on the new era of gaming.