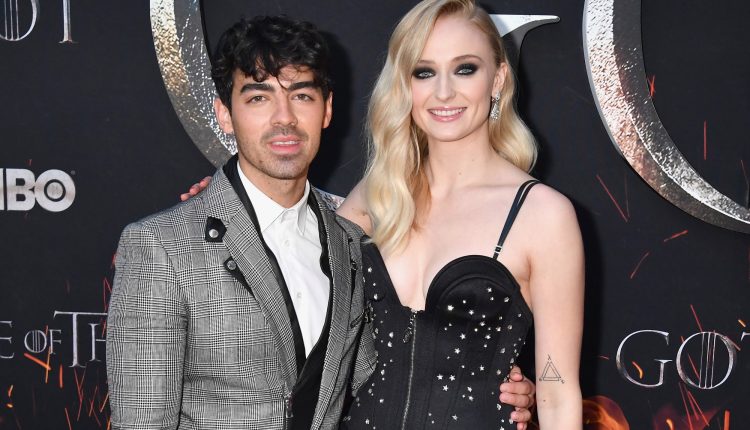 Sophie Turner has referred to her baby daughter for the first time, in a sweet tribute to husband Joe Jonas on his 31st birthday.

The Game of Thrones actress, 24, and Jonas Brothers singer became parents last month, and are thought to have called their little one Willa.

And giving a shout-out to her beau, she branded him her ‘baby daddy’.

Taking to Instagram, the Sansa Stark star blessed us all with a black-and-white upload as they enjoyed a date night.

‘Happy birthday to my love/bub/baby daddy,’ she captioned the shot.

Right on cue, fans went into meltdown over that last phrase, thrilled to finally get some sort of confirmation from Sophie over the newborn.

‘OMG BABY DADDY,’ one screamed, while a follower begged: ‘WE NEED A FAMILY PICTURE, PLEASEEEE.’

Another cheered: ‘Iconic… the hottest couple there ever will be!!!!!’

Sophie and Joe welcomed their baby girl last month in LA, with a rep confirming the happy news to Metro.co.uk in a statement.

The new parents decided to keep their pregnancy private, and had not publicly addressed the rumours.

In fact, the actress’ post is the first time the pair have spoken publicly about their newborn.

So it’s basically a double celebration for us all.

The couple started dating back in 2016, going public in November of that year.

They left us all delighted when they announced their engagement 11 months later – and tied the knot in a surprise Las Vegas wedding last year, after hitting up the Billboard Music Awards.

While they only included a handful of guests on the night, they later threw a second wedding in France, surrounded by their closest family and friends.

Our invite must have got lost in the post…

Despite being total couple goals, Sophie confessed she didn’t think they would get on at first.

Lifting the lid on one of their first dates, she told Elle: ‘I expected him to show up with security and everything. I thought he would be such a d**k. I took all my guy friends with me to meet him, because in the back of my mind I was worried he could be a catfish, or… I don’t know what. I just wanted my guy friends with me. I had my rugby boys. I was safe.

‘The best thing was that he didn’t bring security. He brought a friend and they drank just as hard as the rest of us.

‘I remember us two spending only a couple of minutes on the dance floor, and then we found a space in the far corner and we just talked.

‘We talked for hours, and hours, and hours. And I wasn’t bored. It wasn’t contrived, it wasn’t small talk – it was just so easy. Soon, we were inseparable. And then I went on tour with him.’

And the rest was history…

Rooftop rave and house party with 100 crammed in broken up…