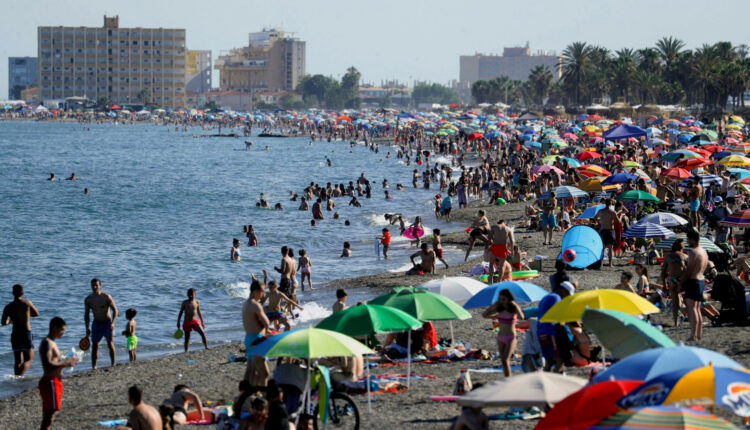 Spain to welcome UK tourists from next week without quarantine

British holidaymakers will be able to travel to Spain without needing to quarantine when they get there from next week.

The Spanish government has followed Portugal’s lead and added the UK to its list of countries whose residents do not need to self-isolate upon arrival.

Northern Ireland was already on the list, but Spanish officials announced this morning that the rest of the UK will be included from midnight on Monday May 24.

No updates have yet been made to the Foreign, Commonwealth and Development Office (FCDO) page, which continues to advise against all but essential travel to Spain, including the Balearic Islands and excluding the Canaries.

Spain is currently on the UK government’s ‘amber list’, meaning Britons must self-isolate for 10 days when they return and take two Covid tests during that time. However, it is thought that Spanish officials hope their move will encourage the British government to add them to a handful of destinations on the UK’s coveted ‘green list’.

Outlining the decision, Spain’s interior ministry said the country receives a high number of British tourists and that several EU member states have already placed them in the ‘privileged position’ of excluding them from Covid restrictions.

Officials urged all sectors to start preparing for the changes that will soon take effect at the borders.

Spain’s announcement came after English holidaymakers were welcomed back to neighbouring Portugal last Monday, when the ban on non-essential international travel lifted.

Portugal, including the Azores and Madeira, is one of few European countries on the ‘green list’ and only requires UK travellers to have a negative Covid test to enter.

Ministers said they will review the travel lists every three weeks, meaning the earliest date at which a country could switch categories will be June 7.

Gibraltar, Israel, Iceland, the Faroe Islands, Singapore, Brunei, New Zealand and Australia are also on the green list, as well as the remote territories of the Falklands, South Georgia and the South Sandwich Islands, Saint Helena, Ascension Island and Tristan da Cunha.

Despite being on the green list, people will not be able to go on holiday to Australia, New Zealand or Singapore as they are closed to UK tourists.

The majority of destinations are on the ‘amber list’, while 43 are on the ‘red list’ including India, Bangladesh, the United Arab Emirates, Turkey, South Africa and all of South America.

British and Irish nationals or UK residents returning from ‘red list’ countries must go into a government-approved quarantine hotel for 10 days at a price of £1,750 per person.