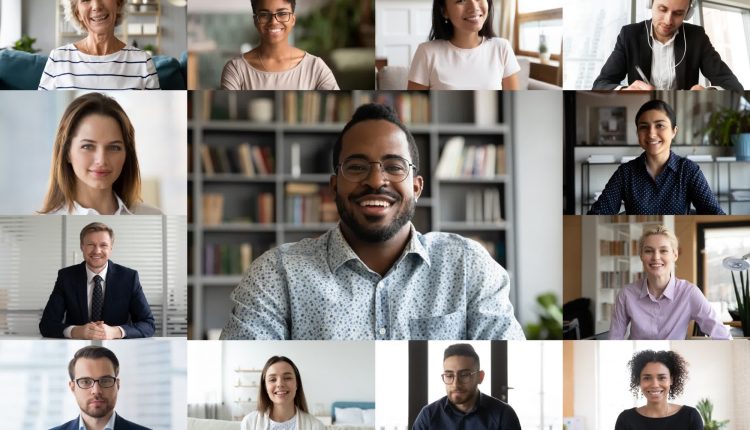 In brief: As millions of people discovered during 2020, working from home isn’t all it’s cracked up to be. The isolation and lack of human connection is real and as Stanford researchers have identified, video chat platforms aren’t a perfect alternative.

Professor Jeremy Bailenson, founding director of the Stanford Virtual Human Interaction Lab, recently looked into the psychological impact of prolonged video chats and identified four key elements that can lead to what is commonly referred to as Zoom fatigue.

In a normal meeting, not everyone is locking eyes with the speaker at all times. A few will be, sure, but some might be taking notes, checking their phones or even staring off into space. On a video call, everyone is looking at everyone else, all the time. Even if you aren’t the speaker, people are constantly watching you, and that can be a stressful experience.

What’s more, depending on the size of your screen, a person’s face can appear too large for comfort, which could simulate the experience of someone being very close to you.

In the real world, visuals are a one-way street. That is, you only see the people or person you are talking to. Most video chatting platforms, however, also show what you look like to others via your camera, and that is unnatural.

“In the real world, if somebody was following you around with a mirror constantly – so that while you were talking to people, making decisions, giving feedback, getting feedback – you were seeing yourself in a mirror, that would just be crazy,” Bailenson said. Constantly seeing yourself is taxing and stressful, he concluded.

With a normal phone call or even during an in-person meeting, it’s not unusual for people to move around a lot. Conversely, during a video call, you’re normally dealing with a fixed camera and a set field of view, meaning there isn’t much room to shift around and again, this is very unnatural. When people are moving, they perform better cognitively, research shows.

When speaking to someone face-to-face, non-verbal cues like expressions and gestures happen all the time and can play a big role in how the conversation goes. As is the case with text-based chat, however, lots of context can be lost in video chat.

“If you want to show someone that you are agreeing with them, you have to do an exaggerated nod or put your thumbs up” he said. This adds cognitive load and uses up more “mental calories,” which can leave you feeling even more drained after a prolonged session.

Bailenson also provided suggestions that both regular users and organizations can implement to decrease Zoom fatigue. For example, he recommends taking video calls out of full-screen mode to minimize face size, using the “hide self-view” button and giving yourself an “audio break” occasionally “so that for a few minutes you are not smothered with gestures that are perceptually realistic but “socially meaningless.”

More Than 90 Ice Cream Products Were Just Recalled for…