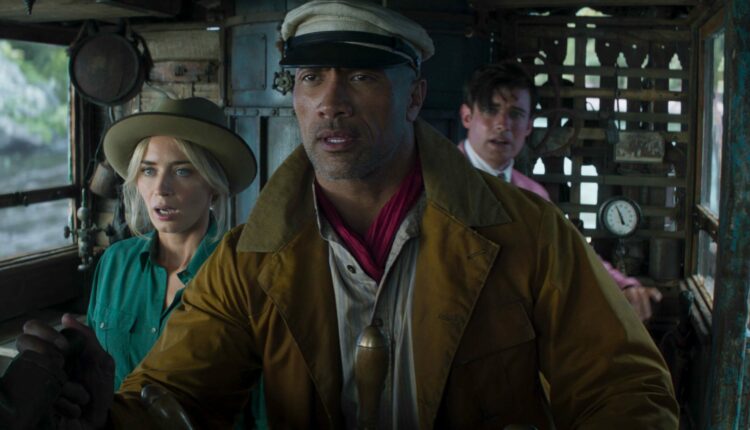 Our ‘Streaming in Canada’ column typically focuses on new content from Amazon Prime Video Canada, Crave and Netflix Canada, but other services like Apple TV+ and Disney+ will be mentioned when relevant.

We’ll also highlight shows or movies that are made in Canada, involve notable Canadian cast or crew and/or are filmed in Canada.

Finally, with the COVID-19 pandemic causing many movies to hit digital platforms much sooner than planned, we’ll make note of any major films — as well as other notable streaming service news — that fall into this category when applicable.

The Pursuit of Love

The relationship between two cousins is put to the test as life pulls them in different directions.

Based on Nancy Mitford’s 1945 novel of the same name, The Pursuit of Love was written and directed by Emily Mortimer (The Newsroom) and stars Lily James (Downtown Abbey), Emily Beecham (Into the Badlands) and Andrew Scott (Sherlock).

Stream The Pursuit of Love here.

The full list of movies and shows that hit Amazon Prime Video Canada in July can be found here. Meanwhile, a roundup of August’s new content is available here.

When Jerry moves into New York City’s finest hotel on the eve of a historical wedding, the event planner hires Tom to get rid of them, leading chaos to ensue.

A standard Crave subscription is priced at $9.99/month, with Starz costing another $5.99/month and HBO an additional $9.99/month.

The full list of movies and shows that hit Crave in July can be found here. Meanwhile, a roundup of August’s new content is available here.

Disney’s iconic chipmunk duo tries to live the good life in a big-city park, only to get up to all kinds of trouble.

The series features the voices of Matthew Géczy (Ratatouille) and Kaychie Chase (Rolling with the Ronks).

In WWI, a riverboat captain transports a scientist and her brother through a jungle to find a tree that’s said to have mystical healing powers that could change the world of medicine.

Stream Jungle Cruise here. A $34.99 fee is required as part of Disney’s ‘Premier Access’ program, which offers select new movies on Disney+ at the same time they release in theatres. However, it’s worth noting that the film will become available to all Disney+ subscribers at no additional cost starting November 12th.

Check out this new clip for ‘The Wonderful World of Mickey Mouse.’

Mickey Mouse and friends are back for new adventures.

The Wonderful World of Mickey Mouse features the same voice cast as the original series of the same name, including Chris Diamantopoulos as Mickey Kaitlyn Robrock as Minnie, Tony Anselmo as Donald and Bill Farmer as Goofy. However, Kaitlyn Robrock replaces longtime Minnie voice actress Russi Taylor following her passing in July 2019.

It’s worth noting that The Wonderful World of Mickey Mouse was co-produced by Ottawa-based animation studio Mercury Filmworks.

The full list of movies and shows that hit Disney+ Canada in July can be found here. Meanwhile, a roundup of August’s new content is available here.

This week in Disney+ news: Marvel Studios has confirmed that its Hawkeye series will premiere on Disney+ in November.

A former secret service agent returns to France to save the son he’s never met.

The Pogues deal with a fresh mystery alongside new and old enemies.

Outer Banks was created by Josh Pate and Jonas Pate (Good vs. Evil) and Shannon Burke (Syriana) and stars Chase Stokes (The Beach House), Madelyn Cline (The Originals), Madison Bailey (Black Lightning) and Jonathan Daviss (The Edge of the World).

In the penultimate season of AMC’s long-running zombie show, Daryl, Carol, Negan and the crew face off against Alpha and the Whisperers, while Michonne attempts to find Rick.

The full list of movies and shows that hit Netflix Canada this month can be found here. Meanwhile, a roundup of August’s new content is available here.

One month after it hit theatres, the thrice-delayed entry in the blockbuster Fast & Furious series is now available to stream.

This time around, the crew races to save the world from a threat led by Dom’s long-lost brother, Jakob.

F9 can be rented for $24.99 from PVOD platforms like iTunes, Google Play, the Amazon Prime Video Store and the Cineplex Store.