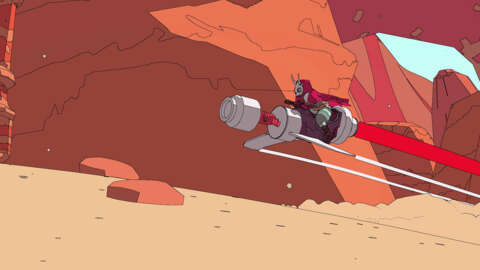 Following on from the success of the [email protected] Summer Game Fest Demo last year, Microsoft is once again partnering up with the Summer Game Fest to help showcase over 40 games next week exclusively on Xbox One and Xbox Series X|S starting on June 15. Many big independent titles, such as Tunic, Lake, Sable, and more will be available to play as bite-sized experiences ahead of their respective launches.

The Xbox Wire post stresses that these demos aren’t like many that you can find on the Xbox Store today. Instead, they’re meant to represent something akin to a show-floor demo that you’d typically find around E3; short, vertical slices that give you a good idea of a game but might still be far from what the final product represents. Some of the games receiving demos might be close to release while others might still be months or years away, so it’s good to keep that in mind.

That said, there are some great titles coming to the program next week. Sable, the eye-catching, desert-faring adventure had its release date announced during the Summer Game Fest kickoff presentation, but you can give it a go next week for an early taste. Tunic, the Zelda-like adventure, will similarly be present, as well as the narrative adventure Lake, base-building survival game The Riftbreaker, turn-based adventure game Echo Generation, and more. Microsoft says it will release a full list soon.

These demos will only be available for a week, although the post does hint that some developers might choose to keep them up longer. Either way it would be best to get to the ones that interest you most as soon as you can.