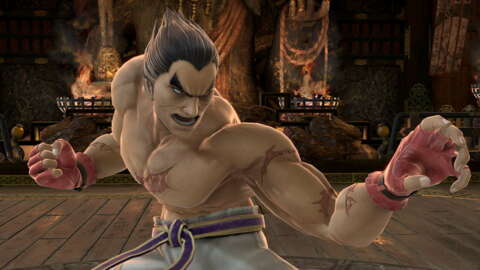 Super Smash Bros. Ultimate’s next DLC character is Kazuya Mishima from Tekken, and Nintendo gave fans an in-depth look at the new fighter in a special video presentation. The event is now over, but you can re-watch it through the video embed below. The showcase was hosted by game director Masahiro Sakurai, who revealed more details about Kazuya, the next wave of Mii Fighter costumes, and other updates coming to Smash Bros. Ultimate.

We got a brief look at Kazuya during Nintendo’s E3 2021 Direct presentation, but Monday’s showcase offered a much more in-depth overview of the new fighter. The broadcast also included the release date, June 29, which is also when new Mii fighter costumes for Dante, Shantae, Dragonborn, and Lloyd are coming to Smash for 75 cents each.

A new Amiibo for Min Min was also announced. Check out this story to learn more about what was revealed during the June 28 Smash broadcast.

Kazuya marks the fifth DLC character to arrive as part of the Fighters Pass Vol. 2, following Pyra/Mythra from Xenoblade Chronicles 2, Sephiroth from Final Fantasy 7, Steve from Minecraft, and Min Min from Arms. One more DLC fighter is still on the way to the game, although Nintendo hasn’t revealed that character’s identity yet.

The Fighter Pass Vol. 2 costs $30 USD and includes all six of the aforementioned DLC characters. Each character pack can also be purchased separately for $6 USD apiece. Besides the fighter themselves, the character packs also include a brand-new stage, several music tracks taken from their respective series, and a handful of new Spirits.