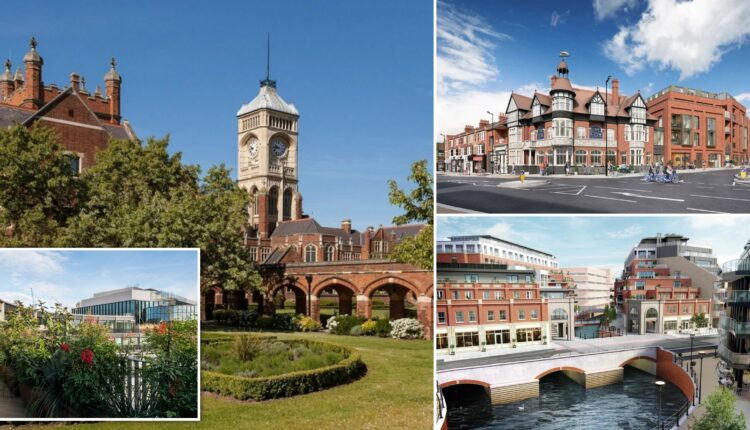 These homes all have links to some of the biggest names in film, TV and music.

The Fox, previously a much loved boozer, will be instantly recognisable to Potterheads as it features in Harry Potter And The Prisoner Of Azkaban when Harry travels through Palmers Green on the colourful night bus.

Now’s your chance to grab a slice of movie history, as Dominvs Group has redeveloped it into 54 spacious, stylish one and two-bed apartments. Don’t hang around, though, as they’re selling fast.

A magnet for location scouts, the magnificent Victorian Gothic former Royal Masonic School has featured in 400 movies and TV shows, ranging from Monty Python to Little Britain, and had a starring role as Hogwarts in three Harry Potter films.

Comer Homes is giving it a new lease of life as a collection of 311 one to four-bed luxury apartments, nestling in 100 acres of grounds and all with a balcony or terrace.

Blue Peter, Doctor Who, Fawlty Towers, Match Of The Day and countless other programmes were made at the BBC’s former HQ, now a collection of luxury new and converted homes and offices with just 11 premium and penthouse apartments remaining.

It also incorporates lively restaurants, a branch of Soho House – complete with Electric cinema – and three studios that host programmes such as This Morning and The Graham Norton Show.

Widely regarded as a superb example of modernist architecture, this forms a Grade II* listed building, which earned its place in pop history when Queen played one of their early London gigs in its Assembly Room in 1971.

It was a location in the biopic Bohemian Rhapsody, and has also been seen in Judy, The Crown and The Bodyguard.

Far East Consortium is currently restoring it and creating 135 new one, two and three-bed apartments in the grounds and a hotel, arts centre and co-working hub in the original building.

Forming part of the town’s wider regeneration, these one and two-bed apartments sit on the site of Le Toucan, a Hawaiian-themed café owned and opened in 1955 by Diana Dors, one of the most famous movie and TV stars of the time, labelled the British Marilyn Monroe.

Homes have private outside space, underfloor heating and parking.

Residents of Quintain’s flagship new rental development are being entertained while getting fit with their celebrity neighbour, Strictly’s Neil Jones, who hosts online dance classes with his ex-wife Katya.

The Robinson, the latest building to launch, comprises beautifully designed one, two, three and four-bed pet- friendly apartments, with free super-fast wifi, a roof terrace decked with sun loungers and WFH caravans – and a massive glitterball in the lobby.

Back in the day, Adele and U2 were among the music legends who visited The Old Dairy Recording Studios, which has been transformed into a boutique scheme of 16 one, two and three-bed apartments with a communal roof terrace.

Each has a balcony or decked terrace, large windows and underfloor heating.

What are Legal Translation Services, and Why you need them? Tips for Choosing the…