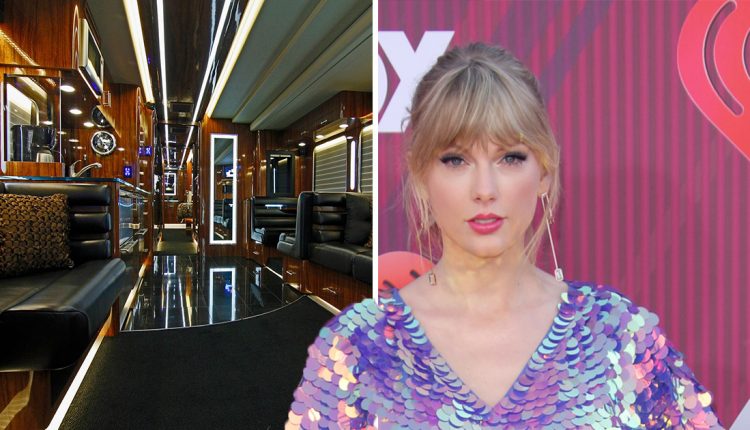 Taylor Swift fans can stay in her posh tour bus – for a casual $2,000 a night

If listening to Folklore on repeat isn’t cutting it for you anymore, there’s other ways to feel close to your number one gal, Taylor Swift.

Swifties can now rent out the Cardigan singer’s former tour bus, thanks to a Tennessee-based RV firm’s enterprising bid to stay afloat amid the pandemic.

Fans just need to have a spare $2,000 (£1,500) lying around to pay per night, because luxury celeb-toting campers do not come cheap.

These bad boys have got six bunks plus a queen bed in the back, as well as a fully-equipped kitchen, entertainment systems and a swanky marble bathroom with a shower.

Doors, windows and pop-outs can all be controlled electronically via a tablet too, which sounds handy for the lazy among us.

And it’s not just Taylor’s trailer that the public can hang out in – many of Tinseltown’s finest have been transported to their shows via these vans.

Beyonce, Dolly Parton, Post Malone, Cher, Lady Gaga and Oprah have all used these campers to get around town.

When business started to suffer in mid-March because of the pandemic, the Hemphill Brothers decided to switch things up by renting out the RVs to non-celebs.

Plus, each bus ‘is extremely custom, and no two are the same’, so if you’ve got the cash you can compare Gaga’s trailer to Cher’s and work out whose is swankier.

One person whose bank account is definitely looking healthy is Taylor, who made headlines this month when she casually donated £23,000 to a maths student who was denied loan funding.

London-based Vitoria Mario, 18, was left ‘utterly shocked’ when Tay-Tay bumped up her GoFundMe page so she could study her dream degree at the University of Warwick.

The 30-year-old singer – who is worth a reported $400million (£304m) – wrote: ‘Vitoria, I came across your story online and am so inspired by your drive and dedication to turning your dreams into reality.

‘I want to give you the rest of your goal amount. Good luck with everything you do! Love Taylor.’

When should we expect launch prices and dates for 2020’s new consoles?

Baby comes home, as B.C. mother remains in ICU due to COVID-19 complications