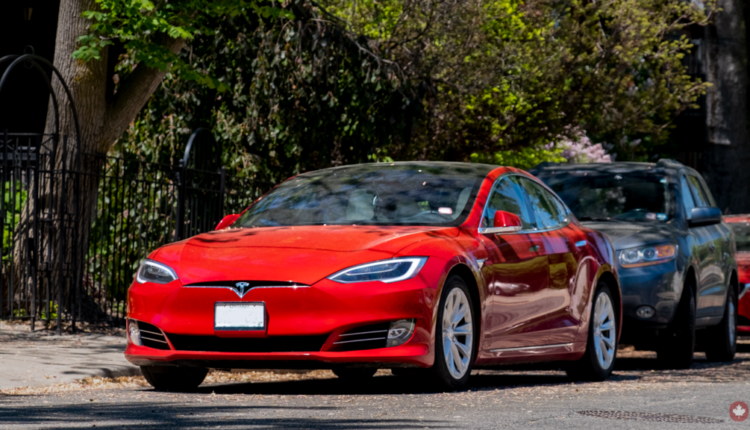 The feature hasn’t launched in Canada yet To get more drivers using the company’s semi self-driving tech, Tesla is rolling out a new subscription service.

The new subscription doesn’t seem to be available in Canada. Still, U.S. drivers can pay a monthly fee to gain access to driving features like ‘Summon,’ ‘Auto Lane Cange, ‘ and ‘Navigate on Autopilot,’ the company’s high-way driving assistance feature.

It will also include the company’s full delf driving mode whenever it launches reportedly later this year. Since Tesla doesn’t have a PR department anymore, I’ll tweet at Elon Musk to ask when it’s coming to Canada, so don’t hold your breath for an update to this story.

For drivers who have already paid for the discontinued Enhanced Autopilot package, the subscription is only going to cost $99 per month since they already have some of the features.

@elonmusk Yo when is the FSD subscription coming to Canada?

It should also be noted that this subscription is only for people with newer Tesla cars with the Full Self-Driving (FSD) computer (HW3.0). You can check if your car has this in the vehicle information screen by tapping on ‘Additional Vehicle Information.’  If your car is an older model, it costs $1,500 to do this upgrade in the U.S. It’s unclear if it will be the same price in Canada or a direct exchange.

Overall, this is a lot of money to ask for per month to pay for the service, which costs $10,600 CAD if you want to buy it outright. While I’ve seen people in forums talking about it being a price that they could pay a few times a year for long road trips and then not pay for it the other months of the year, I still wish it was cheaper for most people.

I get that Tesla needs all the help it can get to keep making a profit, but I think hiding the magic tech features of the car hidden behind a pricey paywall will just keep most people from experiencing it fully.