Tesla’s Cybertruck Pickup looks nothing like any pickup truck

What Musk didn’t do was explain the Cybertruck. He didn’t say why the trapezoidal vehicle resembles a 22nd-century paperweight. He mentioned the approach angle—an important detail for off-roading—but not aerodynamics, vital for squeezing miles from lithium-ion batteries. He didn’t discuss engineering, like how the top-line Cybertruck will use three motors (one on the front axle and one on each rear wheel is a good bet).
He didn’t discuss Autopilot, Tesla’s somewhat self-driving feature, or how it might help pickup drivers. The CEO showed a video of the Cybertruck beating an F-150 in a tug-of-war, but he didn’t say what variant of the Ford he used.

What started off as a casual comment by Elon Musk in 2012 about wanting to build a truck has evolved into what you see here, Tesla’s first production pickup truck. Called the Cybertruck (or “Cybrtrk” if you’re of the dark trench coat persuasion), it’s built to fulfill a lot of familiar tasks but, beyond that, is anything but familiar.

Let’s start with the basic stuff. The Cybertruck is 231.7 inches long, 79.8 inches wide and 75 inches tall, with seating for six. Let’s compare that to the Ford F-150, which measures between 209 and 250 inches long, 80 and 86 inches wide and between 75 and 78.5 inches tall. That puts it in pretty much the same company as every other pickup out there.

And then there are the performance figures, which sound too good to be true. Musk claims the Cybertruck will reach 60 mph in 2.9 seconds before continuing through the quarter-mile marker in under 11 seconds. Yet, at the same time, its off-road numbers are commendable, offering a 35-degree approach angle, a 28-degree departure angle and up to 16 inches of ground clearance. Three ranges will be on offer, with “250-plus” miles at the low end and an astounding “500-plus” miles at the top.

Musk rattled off some key specs for the truck, which will come in three variants: The $39,000 base version will offer 250 miles of range and a tow rating of 7,500 pounds. For $49,000, you get 300 miles and tow 10,000 pounds. Those should enter production by the end of 2021. If you can wait another year, the $69,900 Cybertruck will go 500 miles on a charge and pull a monstrous 14,000 pounds. Those power figures easily match what conventional pickups can move; the 14,000-pound figure would make the Cybertruck the most capable hauler among commercial vehicles.

Whatever the reason, Musk didn’t put much heart into this latest presentation, and investors don’t seem impressed: Tesla’s stock price dropped by more than 6 percent on Friday. To be sure, Tesla rethought the pickup truck, at least in looks and materials.

But the lack of detail, of explanation, of a real pitch should make you wonder just how real any of it is. It certainly doesn’t feel much like a Tesla, because Musk didn’t sell it the way he has always sold his cars: as smarter, cooler, faster, stronger, safer, tougher, and better for humanity than anything plying the roads today. He seems to have settled for offering something different. 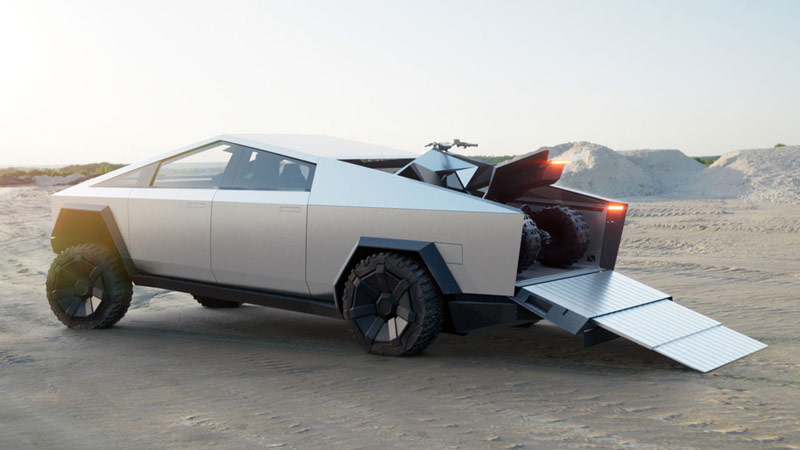 How You Can Launch a Businesses with 75 Concept for Cheap or Free!

Creating a Balance Between Work and Life

Become a certified data expert with this Excel and Power BI training, currently 97%…