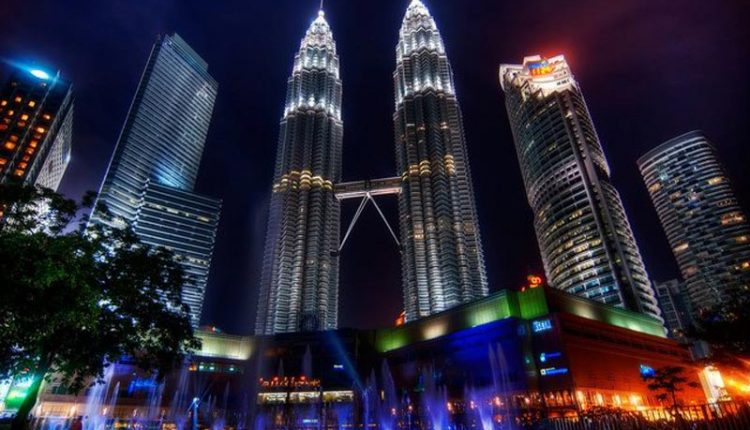 The 10 Most Beautiful Places to Visit in Malaysia

Malaysia has diversity in landscapes, culture and activities. From walking around Penang’s UNESCO-listed George Town and Malacca’s historic core, to exploring isolated islands and spending time in Borneo’s 130-million-year old jungle, tourists have plenty of places to visit in Malaysia. Here are our favourites.

Malacca City, capital of Malacca State, oozes with history and culture. Featuring as a UNESCO World Heritage Site since 2008, the colonial city along the Straits of Malacca attracts visitors for its architecture, food and famous Jonker Street Night Market. Not only has this historical city experienced periods under the Portuguese and Dutch, but the 15th-century Malacca Sultanate is widely considered to be the ‘Golden Age’ for Malay culture. St Paul’s Church, A Famosa Fort and Stadthuys, the official residence of the Dutch governor, are top attractions.

Penang always features as one of the top places to visit in Malaysia. The state, named after the pinang tree that looks like a palm tree, divides between Butterworth on the mainland and George Town on Penang Island. George Town is an open museum. The colonial district boasts a wide selection of British buildings, churches and Fort Cornwallis. Stroll through the streets and see traditional shophouses, each with their own style and design. Street art and murals decorate the walls too. Combine this history with temples, including Kek Lok Si, famous food courts, a vibrant shopping scene and the country’s longest coffee shop and there’s little wonder why George Town is a top place to visit in Malaysia.

The small archipelago called the Perhentians, located in the South China Sea off the coast of Terengganu, features as one of the most beautiful places to visit in Malaysia. The main coral-surrounded islands consist of the aptly named Besar and Kecil, or Big and Small. Picture white sand stretching around sparsely populated areas with crystal clear shallow water lapping against the shore. Favourite activities, apart from relaxing in this little-visited tropical paradise, include scuba diving, snorkelling and canoeing. Those planning to visit should avoid the area during the Eastern Monsoon between March and October, when most hotels and guesthouses close.

Danum Valley is by far the best place to visit in Malaysia for ecotourism and to experience the untouched jungle. Located deep inside the 130 million-year-old lowland dipterocarp forest, the conservation area boasts incredible biodiversity. Inside the 438 square kilometres, are hundreds, if not thousands, of species of fauna, and an even greater variety of flora, that call this area home. Lucky tourists might spot orangutans, pygmy elephants and the clouded leopard. But the biggest appeal at Danum Valley is the lack of human settlement, providing a purer environment. Logging and deforestation have devastated habitats throughout Sabah, but not inside this protected area. Activities include jungle treks with experienced guides, night safaris and visiting ancient Kadazan-Dusun burial sites.

Most tourists who visit the State of Kedah end up spending their time in Langkawi. But approximately 55 kilometres (34 miles) southeast of the popular island sits an attractive and unexplored city called Alor Setar. Alor Setar’s central square features the intricate Zahir Mosque, the Big Clock Building, the Royal Hall and the Sultan Museum, with a fountain as the centrepiece. A little further afield, tourists can visit the 218-metre (715-feet) and 250 million-year-old Gunung Keriang limestone hill. Head to nearby Kuala Kedah and walk through the ruins of a 17th-century Malay fort, the oldest in Northern Malaysia.

Sabah’s capital, Kota Kinabalu, might not appear beautiful at first. But behind the malls and buildings lie stretches of gorgeous orange-sand coastline, islands reachable within 10 minutes and the iconic floating mosque. Head to Tanjung Aru Beach for one of Borneo’s most spectacular sunsets or stroll along Likas Bay and marvel at the coast and islands. The five islands, known as Tunku Abdul Rahman Marine Park, are a favourite day trip for snorkelling, beaches and relaxation. Drive a short distance from the city and find untouched jungle.

Ipoh, the capital of Perak, has recently enjoyed a tourist boom, thanks to Perak 2017. Referred to as ‘The City of Bougainvillea,’ after the colourful flower and surrounded by rugged limestone hills, once unknown Ipoh is fast becoming a top place to visit in Malaysia. The historical core consists of colonial buildings and traditional shophouses, while a plethora of Buddhist and Hindu cave temples surround the city. Kellie’s Castle, an incomplete former colonial mansion, is a short drive from the city too.

The Cameron Highlands has been among the favourite places to visit in Malaysia since the end of the 19th century. British surveyor, William Cameron, ‘discovered’ the region in 1885 and it has since then grown as a tourist hotspot. The highlands range in altitude from approximately 1100 metres (3609 feet) to 1800 metres (5906 feet), producing a cooler and fresher climate. It’s not surprising that the Cameron Highlands became British Malaya’s largest hill station. Today, emerald green tea plantations dominate the skyline, along with strawberry and vegetable farms. Tourists enjoy the cooler climate and opportunities to go hiking.

Perak’s Pangkor Island, derived from ‘Pang Ko’ in Thai and translating to ‘Beautiful Island’, consists of a small archipelago in the Strait of Malacca. Once a haven for fishers, sailors and pirates, and remaining unchanged for decades, Pangkor Island gives tourists a chance to experience a relatively undeveloped tropical paradise. With a population of just 30,000, the main activities are relaxing on the beach, renting a motorbike and driving around the island’s perimeter, as well as diving and snorkelling. In Teluk Nipah on the west coast, the owner of Sunset View Chalet feeds up to 30 or more wild hornbills every night at 6:30pm.

Time Magazine mentioned Pulau Tioman as one of the world’s most beautiful islands in the 1970s. Little has changed since the publication and Tioman Island, located off the east coast in the South China Sea, makes a top place to visit in Malaysia. With rich coral, untouched beaches and an interior filled with dense rainforest, the island offers a more secluded feel to the likes of Langkawi. Favourite activities include snorkelling and scuba diving, trekking in the jungle, touring the island on a motorbike or bicycle as well as visiting waterfalls.

Sam is a self-confessed travel addict who loves exploring the places most tourists don’t cover just over a third of the world’s countries to date. When he’s not travelling, he’s writing. When he’s not writing, Sam follows his other passions in life: long-distance running and reading.