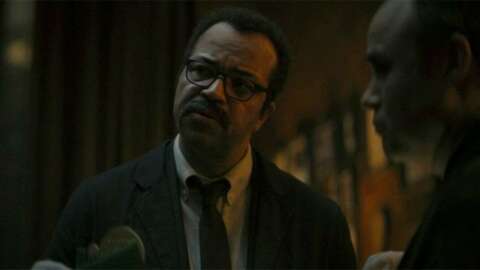 Commissioner Gordon is at odds with Batman as often as he is allied with him in the comics. Now, in a new comedic podcast, Commissioner Gordon is Batman. Actor Jeffrey Wright, who plays Gordon in the upcoming Matt Reeves Batman film, will step into the Dark Knight’s ninja boots in Batman: The Audio Adventures, THR reports.

Details on the podcast are sparse, but we know that this will be a comedic take on the usually dour character. Former SNL writer Dennis McNicholas wrote and directed the series, which will release sometime this year.

The cast list for the audio show is bursting at the seams with big names in comedy, much like the cast of HBO Max’s Harley Quinn, which has also found success putting a comedic spin on the world of Gotham City.

Interestingly, Alan Tudyk has roles in both Harley Quinn and Batman: The Audio Adventures. The casting announcement did not include any roles beyond Wright’s Batman, so we don’t know if Tudyk will reprise his roles as the Joker or Clayface from Harley Quinn, but we’d love to see it.

In addition to Batman: The Audio Adventures, DC has a separate multi-year deal with Spotify to produce DC-related podcasts, including Batman Unburied from Dark Knight writer David Goyer. McNicholas is producing the project along with Angela Petrella, and Jon Berg is executive producing.

This is the second time in the last week that an actor from The Batman has popped up in another DC production, with actor Jay Lycurgo, who plays a gang member in The Batman, taking on the role of Tim Drake in HBO Max’s Titans Season 3.

Now Playing: The Batman Teaser Trailer Breakdown: 22 Things You May Have Missed