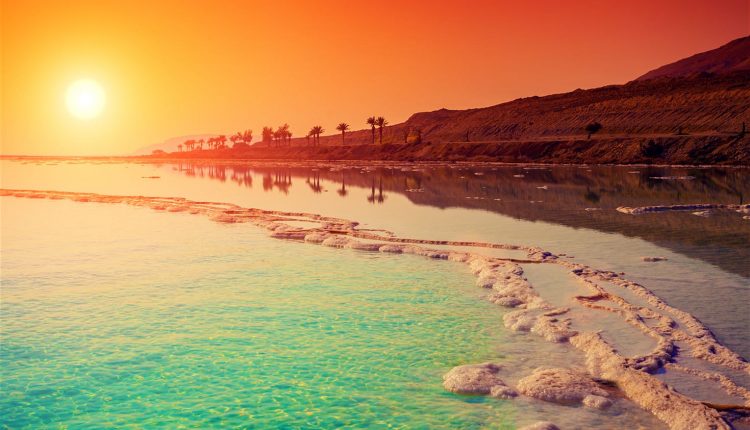 The Dead Sea is actually a salt lake, which is bordered by both Jordan and Israel.  While the name may imply that it is simply a lifeless body of water, there are actually a few good reasons why you should travel there in 2019.  Here are just five of them.

The high salt content of the Dead Sea makes it impossible to swim here.  However, it does mean that you can simply lay back and float without much effort, which is a mind-blowing experience in itself.  The salt content is actually nearly ten times that of the ocean and there are no other bodies of water like it.  This is just one of the reasons why the Dead Sea should be on your bucket list.

The Salt and Mud Are Good for Your Skin

If you usually frequent the spa facilities at the hotel when you are on holiday, why not take advantage of the fact that the Dead Sea is your very own natural spa?  A day trip here can turn into a pampering retreat, as the mud from the Dead Sea contains many skin rejuvenating minerals such as Calcium, Magnesium, and Potassium.  In fact, Dead Sea mud is used in many skin care products you can find on the shelves of most beauty stores, and it has even been said to successfully treat acne breakouts.

Nothing Lives in the Dead Sea

Due to the extreme salt content, it is impossible for anything to survive in the water.  No animals or plants live in the Dead Sea, so you can relax without worrying about creatures swimming around beneath you.  If the idea of sea creatures puts you off taking a dip in the ocean, this is a perfect reason to add the Dead Sea to your vacation itinerary.

It Has a Rich History

The Dead Sea is the lowest body of water on Earth and it has been a visitor attraction for thousands of years.  It is said that Cleopatra regularly visited to make use of the mud of the lake as a beauty product.  The asphalt in the area was also used for Egyptian mummification and the salt for fertilisers. The local inhabitants of the area, known as the Bedouins, have been around for hundreds of years with traditions and customs that can be a real eye-opening experience to witness.

It is Receding at an Alarming Rate

Unfortunately, the Dead Sea is losing about a metre a year in depth each and every year.  There are visible sinkholes that are tearing through the beaches of the lake.  Dead Sea factories are also causing untold damage while turning a huge profit from selling the minerals.  While there have been suggestions put forward to help save the Dead Sea, not all of them are viable and eventually, nature may take its course and turn it back into a body of regular sea water.

Just over 3.5 million tourists visited this must-see destination in 2017.  This figure alone should be enough to convince you that the Dead Sea is well worth adding to your list of 2019 destinations.

Advertising Signage Trends to Watch Out for in 2018