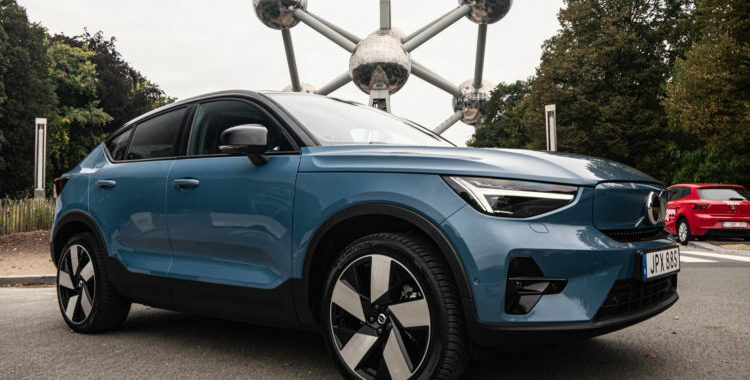 GHENT, BELGIUM—Volvo built a nice little crossover in the form of the XC40. It got even better when the Swedish automaker swapped out the internal combustion engine for an electric powertrain. Now, Volvo has a new variant—the Volvo C40 Recharge—that combines those same battery-electric mechanics with a slightly more stylish and aero-efficient shape.

This being a modern Volvo, you can also expect a Scandinavian-chic interior and Volvo’s reassuring approach to safety. Google’s voice assistant is on-board, too, thanks to the Android Automotive infotainment system. But it’s not the most efficient electric vehicle on sale today, and the C40 Recharge commands a high price for its new looks.

If the idea of a slightly less practical, slightly more stylish Volvo seems odd at first, don’t be alarmed. Every so often, the designers are allowed to run wild in Gothenburg, and the C40 Recharge is the latest evidence of that. The new car joins other oddballs like the 480 and C30.

The design is a subtle refinement of the extant XC40. There are tweaks to the nose below the “Thor’s hammer” headlights, but the most noticeable changes are the steeper rake to the windshield and the plunging roofline behind the C pillar.

According to Volvo’s press materials, the C40 and XC40 even share the same drag coefficient and frontal area (0.329 and 2.56 m3, respectively). I’m surprised if that’s the case, given that the C40’s lower roofline makes for a car that’s 2.8 inches (71 mm) shorter than the XC40 Recharge, but the fact remains that the shape is much draggier than many other EVs.