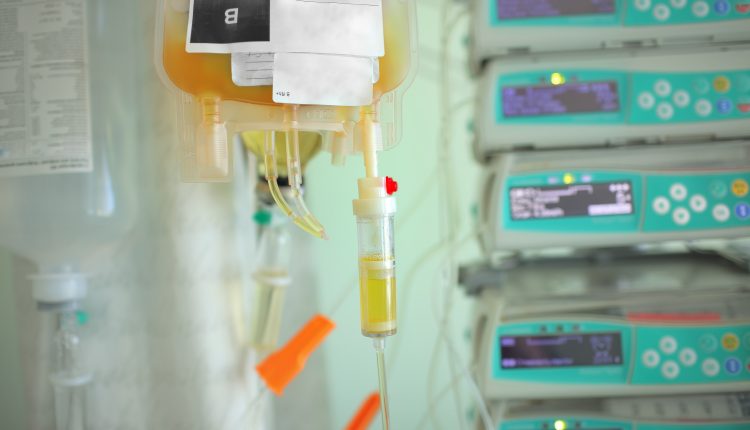 This weekend President Trump touted the newly authorized use of convalescent plasma for treating COVID-19. However, the data is mixed—and experts aren’t totally sold on the powers of this type of therapy.

Over the weekend, the Food and Drug Administration (FDA) gave convalescent plasma therapy an emergency use authorization to treat COVID-19. After reviewing the existing data on COVID-19 and plasma therapy, the FDA concluded that “this product may be effective in treating COVID-19 and that the known and potential benefits of the product outweigh the known and potential risks of the product.” In particular, the agency determined that it’s “reasonable to believe” that using convalescent plasma to treat COVID-19 may reduce the severity or length of the illness.

Unlike a normal drug approval that typically comes after years of extensive testing (including randomized controlled clinical trials), this type of authorization is reserved for emergency situations when there may not be time or resources to conduct full trials on a treatment that appears promising—especially when there aren’t any approved alternatives, the FDA explains.

The authorization is intriguing considering that, just last week, the FDA held off on its decision after health experts including Anthony Fauci, M.D., head of the National Institute of Allergy and Infectious Diseases, intervened because they felt the current data on plasma therapy was not strong enough to warrant an emergency use authorization, the New York Times reports. It’s not clear exactly what lead to the weekend’s change, but other experts are still cautious about drawing any conclusions from the current research.

If this idea sounds familiar, that’s probably because it’s been investigated in previous outbreaks, including the 2014 ebola outbreak, the 2009 H1N1 pandemic, as well as outbreaks of MERS. And it’s been used on an experimental basis in the current coronavirus pandemic for months now. (Over 70,000 patients have received convalescent plasma via the Mayo Clinic’s program since April, the FDA says.) But the new FDA authorization provides a more comprehensive understanding about the effectiveness of this particular type of therapy.

In one recent preprint study (meaning it has not been peer-reviewed), researchers looked at data from more than 35,000 COVID-19 patients at 2,807 medical facilities across the country who received convalescent plasma therapy through the Mayo Clinic’s expanded access program. Because everyone in the study got the plasma therapy, there was no control group. However, those patients who received the therapy within three days of being diagnosed showed a lower mortality rate compared to those who received it four or more days after being diagnosed.

These results suggest that convalescent plasma therapy can be somewhat helpful in keeping patients alive, especially if they receive it earlier on in their disease course. However, since there’s no control group here, it’s difficult to really know how much of these results is due to the therapy.

There have been a few randomized controlled trials looking at plasma therapy for COVID-19, including one looking at patients in China. The study, published in JAMA back in June, involved 103 patients and had been planned to examine the effects of convalescent plasma for 28 days. Half of the patients received the standard therapy (consisting of symptomatic and supportive care along with, possibly, antiviral medications, antibiotics, steroids, or other medications) plus convalescent plasma while the other half just got the standard therapy. However, the trial ended early because there seemed to be no significant benefit of using plasma. But this is a much smaller group than the Mayo Clinic study and, because the study ended early, we may not have gotten the full picture of what was going on.

In general, plasma therapy is pretty safe, the Mayo Clinic says, but like all treatments it does come with some risks, including the potential for allergic reactions or exposure to infections from the donor’s plasma. Considering this and the fact that there’s currently an absence of any real treatment for COVID-19, the FDA’s authorization does make some sense. Crucially, though, the authorization process is not meant to replace a randomized controlled trial, the FDA says. We absolutely still need those.

“While the data to date show some positive signals that convalescent plasma can be helpful in treating individuals with COVID-19, especially if given early in the trajectory of the disease, we lack the randomized controlled trial data we need to better understand its utility in COVID-19 treatment,” Thomas File, Jr., M.D., president of the Infectious Disease Society of America, said in a statement. Therefore, the organization supports collecting more data on plasma therapy “before authorizing its wider use in patients with COVID-19.”