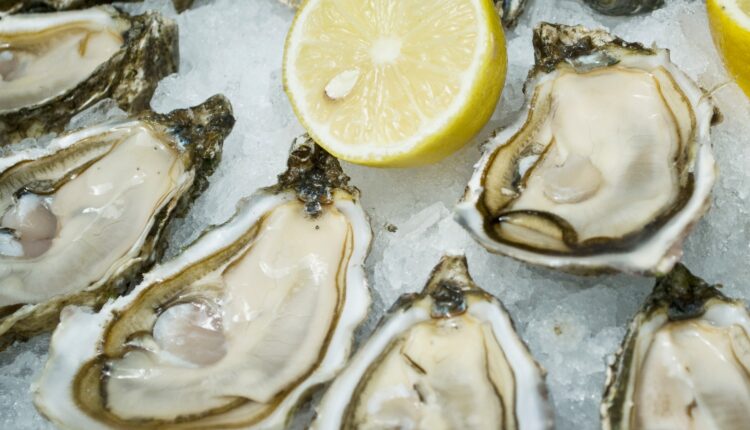 The U.S. Food and Drug Administration (FDA) and Centers for Disease Control and Prevention (CDC) are currently tackling a norovirus outbreak linked to raw oysters harvested in British Columbia, Canada. The FDA is working with federal, state, and local officials, as well as Canadian public health authorities, to determine exactly where the potentially contaminated oysters were distributed in order to notify retailers and prevent them from being served, sold, or supplied.

“Retailers should not serve raw oysters harvested from the following harvest locations within British Columbia, BC 14-8, and BC 14-15, with harvest starting as early as January 31, 2022, which will be printed on product tags,” the FDA said in a statement. So far, the FDA has confirmed that the oysters—which were harvested in the south and central regions of Baynes Sound—were supplied to restaurants and retailers in California, Colorado, Florida, Hawaii, Illinois, Massachusetts, Minnesota, New Jersey, Nevada, New York, Oregon, Texas, and Washington. “It is possible that additional states received these oysters through further distribution within the U.S.,” the FDA said.

According to the CDC, as of April 6, 2022, 103 norovirus illnesses have been reported in the 13 confirmed states. “The CDC is working with state and local partners to determine a more accurate number of illnesses in this outbreak and will update this number as more information is gathered,” the agency said in a statement.

Norovirus (commonly known as stomach flu) is a highly contagious virus that causes persistent vomiting and diarrhea and is the most common cause of foodborne illness in the U.S. According to the CDC, there are approximately 2,500 norovirus outbreaks reported each year. The virus spreads when an infected person has direct contact with others or through contaminated foods or surfaces. The CDC specifically calls out shellfish, such as oysters, as an example: “Quick steaming processes that are often used for cooking shellfish may not heat foods sufficiently to kill noroviruses.” In another possible scenario, a person can eat food that leads to stomach flu, and then spread these germs around their immediate environment, where others can then pick up the pathogen and become sick.

Research suggests that norovirus, when present, can potentially persist in oyster tissues for weeks and cannot be properly eradicated during commercial cleaning. While food contaminated with norovirus may appear normal, and even smell and taste normal, it can make you feel very ill. Symptoms, which will typically appear 12 to 48 hours after exposure to the virus, can include nausea, vomiting, diarrhea, fever, body aches, stomach cramps, and headache, per the CDC. If you suspect you have norovirus, reach out to your doctor if you have one or visit your local urgent care clinic. From there, a health-care professional will be able to confirm your diagnosis and recommend the next best steps. Most people affected by norovirus will begin to feel better after two to three days (granted, those two to three days will likely be pretty rough). Getting enough fluids to avoid dehydration, resting, and sticking to “bland foods” to avoid further stomach upset is key.

Until the FDA and CDC have more information, avoid eating raw oysters harvested from the BC 14-8 and BC 14-15 oyster farms in British Columbia. If you have already purchased these oysters, you should discard them immediately. To protect yourself and those around you from norovirus in general, the FDA and CDC recommend the following tips:

Georgia governor has decision to make on raw milk; other states take up question

Kinder chocolate eggs, other products recalled in Canada because of link to…

National agencies allow flexibility because of…