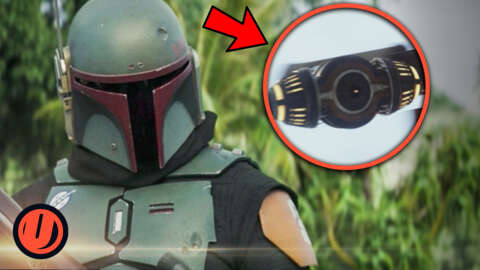 The Mandalorian Season 2 Episode 7: Every Easter Egg And Reference Explained

Here are 15 references & Star Wars Easter eggs you might have missed from “Chapter 15: The Believer”.

In The Mandalorian Season 2 Episode 7, the crew on Slave I head to the Karthon Chop Fields to pick up Migs Mayfeld (Bill Burr). Cara Dune (Gina Carano), now a Marshal of the New Republic, removes Mayfeld from scrapyard work and tells him she has a job for him. She leads him to the rest of the crew, including Boba Fett (Temuera Morrison), Fennec Shand (Ming-Na Wen), and Din Djarin aka Mando (Pedro Pascal). Mando asks if Mayfeld still knows Imperial clearances and protocols, and says they need the coordinates for Moff Gideon (Giancarlo Esposito).

Dune promises Mayfeld a better deal, and he decides to help the team in their mission to find Grogu aka Baby Yoda. In order to get the coordinates they need, Mayfeld needs access to an internal Imperial terminal. He believes there is one on the planet Morak, which houses an Imperial rhydonium refinery. The crew travel to Morak on Slave 1, with a new mission to get Mayfeld and Mando to the Imperial terminal in the refinery. But during this mission, they are attacked by pirates, and Mayfeld must confront his Imperial past.