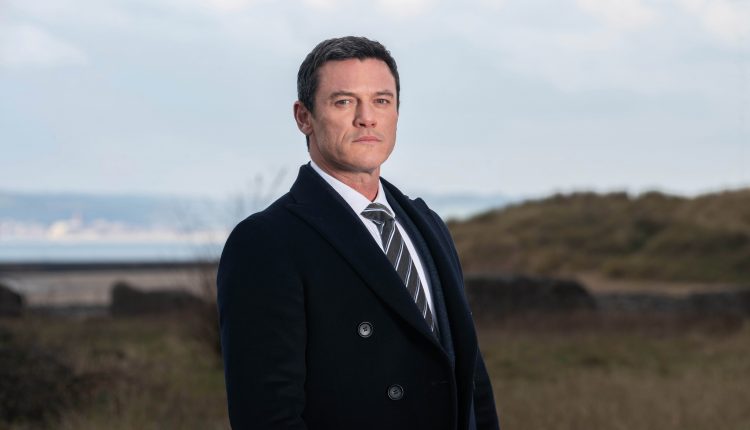 Luke Evans Googled The Pembrokeshire Murders before he began filming for the ITV drama as he felt the ‘script couldn’t be true’.

The real-life details of The Pembrokeshire Murders or the Pembrokeshire Coastal Path murders will be retold in the three-part series starring the Beauty and the Beast actor.

The story centres around Dyfed-Powys Police trying to prove that serial killer John Cooper (Keith Allen) was linked to and committed these horrific crimes and murders.

Speaking to Metro.co.uk and other press, Luke explained that when he read the script he felt that the story couldn’t ‘be true’ because it had so many ‘twists and turns’.

‘It almost felt like during the story that the whole thing was going to go cold once again, the case will go cold because the forensic evidence was so minimal,’ he began.

‘The (police) budgets were running out and people were losing faith.

‘It’s a real story of a team of people who absolutely wanted to find the truth and get the man who committed these crimes.

‘The work, time, effort and sacrifice that they all put in is part of the story.’

The 41-year-old went on to tease the storyline of the ITV drama as he revealed there are ‘unbelievable twists’.

‘It’s not just about the crimes, it’s about the people that find this man and how they find him,’ he continued.

‘The unbelievable twists that the story takes during the investigation are mind-boggling.

‘When I read it (the script) I remember sitting in my trailer and I started Googling it because I think I might have been a bit too young for it to have an impact on me, when it actually did happen.’

‘I wasn’t living in Wales at the time but when I read the story I realised that there was no fictional embellishments. It is as true to the facts as you possibly can be,’ he added.

Police were only able to catch serial killer John after they linked artist impressions of the suspect with a 1989 episode of Bullseye, which John featured in.

They were then able to identify John’s shotgun as the murder weapon in 2009, and in 2011 he was charged with the double murders and sexual assaults.

He was also charged with the rape of a 16-year-old girl and the sexual assault of a 15-year-old girl, who were both held at gunpoint.

In September 2011, he launched an appeal against his convictions, but it was rejected in November 2012.

The Pembrokeshire Murders airs tonight at 9pm on ITV.


MORE : The Pembrokeshire Murders: The remarkable story of how TV show Bullseye exposed the killer 20 years after it was filmed