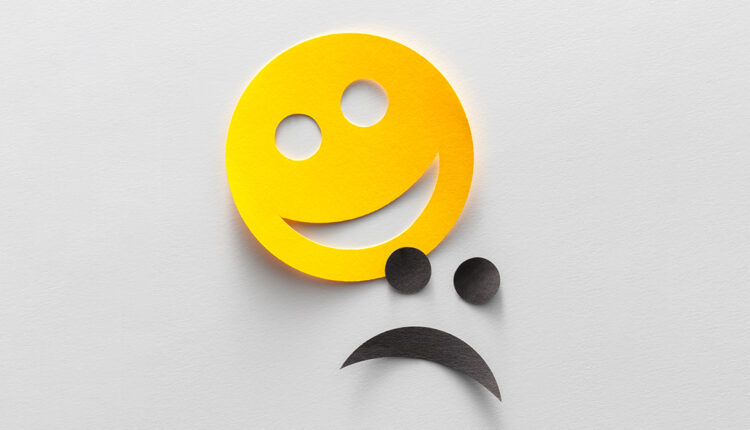 The Problem with Saying “It’s No Big Deal”

When someone bothers or offends you, it’s natural to say, it’s no big deal and assume the other person had positive intent. But, often, that phrase is used to avoid conflict and is a sign that you should take action. Though speaking up can be difficult, it’s the only way the issue will really get resolved. The best course of action is to schedule a time to talk to the offending party or pull them aside in private. Let time pass, so you’re not emotionally charged. And treat it as an opportunity to gain more information. True inquiry is a respectful way of testing whether something actually is a big deal and is entirely consistent with the notion of assuming positive intent.

Your colleague disappoints you by missing a deadline. Your boss makes an inappropriate comment about how you look. A client makes an unreasonable demand of your team.

In each case, you’re upset or angry about what’s happened — a natural response to a violation of your values — but, rather than saying or doing something about it, you tell yourself “it’s no big deal.” Then the person does the same thing a second time, and a third time, and a fourth time, and you’re left feeling bewildered and livid.

Sadly, these cycles are all too predictable, especially if you’re naturally conflict averse. Sure, it’s usually good to assume that the other person had positive intent. But, often, telling yourself “it’s no big deal” (perhaps including “because they meant well”) is a cognitive distortion that serves the short-term purpose of forgoing a difficult conversation or action while also setting you up for bigger problems down the road.

Take Ana. Though she felt disrespected by a boss who seemed to ignore her ideas and contributions, she told herself that he meant no harm but was too busy to be aware of everything going on. Over time, though, the pattern became clearer, and Ana began to feel that her boss was holding back pay increases and promotion opportunities. Still Ana said nothing. But clearly her boss’s behavior was a big problem because Ana felt increasingly angry and complained about him to her colleagues. Eventually, her boss started noticing her but for the wrong reasons — Ana’s attitude was visibly negative and her performance had objectively deteriorated significantly.

That’s the problem in a nutshell: When you don’t address something early on, there’s a good chance you’ll harbor negative emotional energy and become so upset that you eventually have a hard time being in the same room with person who “wronged” you, much less trusting them or feeling good about them. Worse, you may snap, and when you do, there’s a high likelihood you’ll say something that only makes the situation worse.

Consider Mateo and Marcus, who worked together on various internal research reports to support senior decision-making at their firm. Mateo liked to get things done well ahead of deadlines, because he felt it was respectful to give his colleagues ample time to review and improve his part of the work. Marcus, in contrast, always delivered his work at the last minute, making it impossible for others to build on his contributions. Mateo had given Marcus subtle signals that he’d like to see things sooner, hoping Marcus would get the point, but nothing had changed. Eventually, when their boss chastised their team for errors that Mateo knew he would have easily caught if he’d had sufficient time to review, Mateo ambushed Marcus in the hall after the meeting and blew his lid at him, calling him selfish and unprofessional among other things. Marcus responded by calling Mateo rigid and telling him to get used to his style because he surely wasn’t going to change it now. Then he stomped away.

What can you do to avoid this?

Treat “it’s no big deal” as a cue to take action.

Here’s an assertion you can test: You only tell yourself “it’s no big deal” when something has evoked a negative emotional response in you. If you buy that, then it shouldn’t be hard to accept that you’re using that phrase to avoid rather than address what’s led to those feelings. That’s why they often pop back up, and more strongly each successive time.

So when you find yourself resorting to the “no big deal” mantra, take it as a sign to say something. As I detail in my book Choosing Courage, speaking up can be difficult but it’s the only way the issue will really get resolved.

The problem may very well not be a big deal; if that’s the case, a calm conversation will take care of it. Similarly, if the person wasn’t being nefarious, simply naming the behavior that’s troubling you in respectful terms should allow the person to address it without a big blow up. Well-intentioned people who’ve made small mistakes are generally capable of listening without reacting negatively.

When you let things build up, you’re more likely to act in an uncontrolled fashion at an inopportune time.

So, when your colleague says something mildly upsetting in a meeting, schedule some time to talk about it or discreetly approach them about it after some time has passed. That way you give yourself a chance to detach from your initial emotional response and to carefully think about what you want to say and how you’ll say it.

Seek a conversation, not a confrontation.

When you address a situation early on, before your emotions have reached a fever pitch, you’ll be able to employ less confrontational strategies for addressing what’s on your mind.

True inquiry is a respectful way of testing whether something actually is a big deal and is entirely consistent with the notion of assuming positive intent. For example, try saying “Can you help me understand why you’re doing that?” or “Could you share your data or reasoning on this?”

After all, if positive intent is warranted, a person’s response to genuine questions should only confirm that. If it doesn’t, then you know that continuing to assume positive intent is both a mistake and an excuse for your inaction.

Not everything that triggers an emotional response requires a response. But if something is really no big deal, then you probably wouldn’t use this rationalization in the first place; you’d simply address it or ignore it. So, learn to recognize this when it happens, and address things before they really become a bigger deal.

Let Your Top Performers Move Around the Company

Will Nvidia’s huge bet on artificial-intelligence chips pay off?