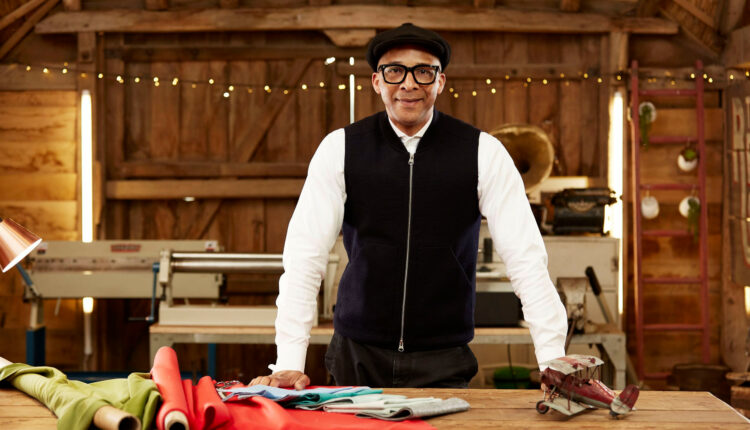 During an interesting episode of The Repair Shop, a cobbler restored a pair of running shoes that used to belong to a woman who competed at the 1936 Olympics in front of Adolf Hitler.

Athlete Audrey Brown won silver in the 4x100m relay during the Olympics, which is what Hitler had planned to use as a Third Reich propaganda coup.

The competition took place only three years before the outbreak of the Second World War, during a time where Hitler’s power was on the rise and many people chose not to attend the event in protest.

Tom Wenham brought his grandmother’s shoes on the programme to be repaired, decades after they were worn in the sports event.

‘I know that she certainly felt deeply uncomfortable about certain elements of participating. It was Nazi Germany’s way of legitimising themselves on the world stage,’ he explained to host Jay Blades.

‘[Hitler] watched nan run and the German team were nailed on favourites on gold and dropped the baton in front of Hitler.’

Hitler was forced to watch on as his dreams slipped through his fingers.

America ending up taking Gold, Great Britain took silver and Canada won bronze at the end of the event.

Tom continued: ‘So nan’s medal wasn’t presented to her by Hitler, which I think was something in hindsight she was quite happy with. But she was certainly aware of the enormous significance of the event and was very proud and wanted to represent her country.’

It was a historical and contentious event at a time when Hitler’s regime was replete with Nazi propaganda, but Audrey only wanted to run for her country.

Her love of sport was passed down the family, as Tom is a former lacrosse England player who is coaching Team GB Men’s lacrosse.

He said on the show: ‘Sport’s been an enormous part of my life, all driven by my gran. Her running shoes represent her igniting that fire.

‘There are a lot of gran’s stories and our memories tied up in those shoes. You can picture her wearing those, pulling them on for an Olympic final, that’s something truly special. She would have been enormously proud.’

Tom was choked up when expert cobbler Dean Westmoreland restored the shoes later on in the episode.

‘I’m sorry I’m speechless, that’s beyond anything that I could have expected. It’s everything we could have hoped for and more,’ he said.

The Repair Shop airs Wednesdays at 8pm on BBC1.


MORE : The Repair Shop guest in tears as bench where her parents met is restored with sweet gesture