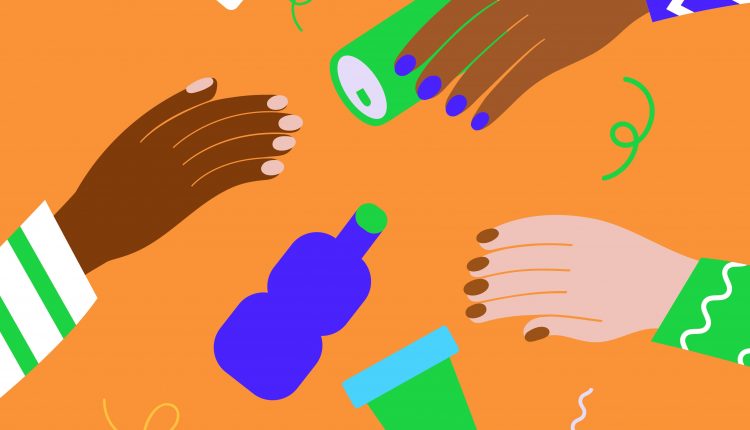 There’s Still So Much Stigma About Food Stamps. Here’s What Needs to Change.

Growing up on food stamps—now known as SNAP, or the Supplemental Nutrition Assistance Program—was a deep source of shame and anxiety for me. Every year I would go into the local office with my mom to help her recertify because she didn’t know English. From the age of six, I played the translator role during appointments.

I worried about interacting with workers who often could be cold and dismissive, and also had major anxiety about the physical space itself: the long lines, the stressed-out applicants, the dark lighting. I recall one time when the SNAP interviewer actually told me to tell my mom that the information on her application wasn’t adding up, and that it was clear she was lying about needing assistance. I couldn’t have been more than 10, and I remember the anger and embarrassment I felt. Why would my mother put herself through this if she didn’t need the benefits? It was terrible. I dreaded going into that office every year, and once I had a valid excuse to get out of accompanying my mom, I was out.

Looking back now as a health care worker with extensive experience working with poor, marginalized communities, it pains me to see how programs like SNAP continue to fail those who need it the most. In theory, SNAP benefits have the potential to feed families in need, which helps to address so many of the issues we have in our country around food access and insecurity. And it’s even more vital now: COVID-19 has negatively impacted employment status and income throughout the country, making a program like SNAP especially useful during these times. However, there are so many barriers to access SNAP, and the shame around having food stamps has not gone away.

That’s why education is so important around these issues, so that people feel empowered when they need to apply or recertify for SNAP. One organization looking to work toward these changes is a nonprofit start-up called mRelief—its goal is to help people gain access to social services and eat with dignity.

I spoke with Dize Hacioglu, the chief technology officer at mRelief, about some of the historical and present-day challenges related to increasing access to SNAP, and the importance of education and advocacy.

SELF: You report that billions in food stamp benefits go unclaimed every year. What are some of the major barriers to access people who qualify for food stamps are experiencing?

Dize Hacioglu: SNAP is shrouded in stigma. We’ve found that the demographic that has the lowest rate of participation despite eligibility is also the demographic that expresses feeling the most shame about enrolling: seniors. The closer one’s income is to the income limit, the less benefits they will receive. When SNAP benefits are calculated, more weight is given to money that is not received from work, like Social Security. Seniors can end up with a monthly benefit of $16 (the minimum amount) despite going through an 18-page application and hours of follow-up through interviews and document submission.

Unsurprisingly, this can be very discouraging. What some senior applicants don’t know is how much listing monthly medical expenses can make a difference in their benefit amount. We are currently working on a project to help seniors understand the importance of claiming their medical expenses on their application, explain what documentation is required to verify these expenses, and provide a user-friendly way to submit them.

Other barriers lie in misconceptions about SNAP. It’s important to note that SNAP is an entitlement program. This means that funding mirrors need, and anyone who qualifies for SNAP is entitled to receive benefits. There’s a perception among many of our users who think that they would be taking money from someone who needs it more, not realizing that it is set up to provide for anyone who qualifies.

Who is SNAP for? There’s a lot of confusion about who is eligible.

SNAP is for low-income and no-income households. Over 80% of SNAP households include seniors, folks with disabilities, or children. In addition to hourly and gig workers, SNAP covers Americans who find themselves in between jobs. The program further spans to serve veterans and the formerly incarcerated. One of the most important facets of SNAP is that it covers a varied range of Americans.

It makes complete sense that there is a lot of confusion about eligibility. Eligibility mainly hinges on a household’s monthly gross income and the state they live in. We’ve found that seniors who receive Social Security, people who are employed, and those who have recently become food insecure are the least likely to know they’re eligible. Not only is it common for people to think they’re not eligible, it’s also common for people to not know what SNAP is. This is why a huge aspect of our strategy is tying outreach with promoting awareness.

How can technology help make the process of getting SNAP more dignified?

When implemented intentionally, technology can provide unparalleled access and empowerment. As the world increasingly moves toward accessing the web on mobile devices, we’ve found that government technology has not kept up with the changing landscape, leaving people out of the fold. Working to use our tech for the promotion of inherent dignity means providing the most user-friendly, straight-forward, and actionable information.

We’ve seen texts come in from users saying they didn’t have a computer with which to apply. Our focus on SMS tools is born of the fact that, of Americans who make less than $30,000 a year, 23% are non-smartphone users. It can be hard for some to imagine, but there are a lot of Americans who live on the other end of the digital divide: folks who don’t have access to a computer, reliable internet, or smartphones. Bringing these life-saving programs to modes folks can actually access, can, we hope, begin to instill a sense of worth and dignity in those who may otherwise feel left behind.

One of our most exciting recent steps toward achieving our mission of transforming access to social services for the inherent dignity of all people is the launch of our client relationship management system, Johnnie. For some people, applying for SNAP can be overwhelming and confusing. In these cases, we can use Johnnie to connect them to an outreach worker in their area who can walk them through the application and set expectations for next steps. This allows us to combine the power of technology with human compassion.

Despite widespread food insecurity in the country, there is still harsh questioning of people applying for SNAP. Specifically, there’s this idea that people applying for benefits may not actually need them or that they’re trying to scam the system. What types of barriers do these misconceptions create for people in need?

The perception that there is rampant fraud within SNAP couldn’t be further from reality. SNAP fraud is rare. Not only do these accusations deepen stigma and dissuade millions of households from applying, they inform bad-faith policies that gut one of our country’s most effective anti-poverty programs. A palpable turning point in the public perception of SNAP was the creation of the myth of the welfare queen. Widely reported and dispelled, this myth is still entrenched in our societal narrative of SNAP recipients and acts as powerful political fodder.

Those who have been most harmed by this fearmongering have always been at the forefront of the fight for welfare rights. Johnnie Tillmon, who was first chair and then executive director of the National Welfare Rights Organization, expanded the scope of feminism to be inclusive of women on welfare. “I’m a woman. I’m a black woman. I’m a poor woman. I’m a fat woman. I’m a middle-aged woman. And I’m on welfare,” she wrote in her 1972 “Welfare is a Women’s Issue.” She continued, “In this country, if you’re any one of those things—poor, black, fat, female, middle-aged, on welfare—you count less as a human being. If you’re all those things, you don’t count at all.”

While Tillmon fought for welfare rights, she also fought for dignity in the process. Tillmon’s story, and others who fought alongside her, are woven into our everyday work, our onboarding processes, and our organizational values. These welfare warriors paved the way for the work we’re able to do today.

There’s been strong debate about what people can or can’t purchase with SNAP, especially as it relates to nutrition. Previously, NYC mayor Michael Bloomberg proposed banning the purchase of soda with SNAP. As it stands, you are not able to purchase hot or prepared food with SNAP, even if it’s more affordable. Do you think these policies contribute toward a culture of shame and stigma around getting SNAP?

Absolutely. These policies aim to control SNAP participants on a personal level, deepening the divide between SNAP and non-SNAP households, and increasing the stigma of SNAP. As it stands, the choices of people on SNAP are already judged by different standards regardless of their grocery preferences. Should they choose to buy something organic (“healthy” and expensive), they’ll be chastised for being undeserving. Should they choose to buy a pint of ice cream (“unhealthy” and accessible), they’ll be accused of single-handedly keeping that industry afloat.

Studies show that the shopping habits of SNAP households don’t differ substantially from those of non-SNAP, low-income households. Families on SNAP have been particularly resourceful in stretching their SNAP benefits despite egregious obstacles, like scarce fresh food in high-poverty areas. The energy and resources of policymakers would be better spent on bolstering benefit amounts, not restricting participants.

What are things the general public can do to normalize SNAP?

One thing I’ve found that reduces stigma and encourages normalization is education. Do people really understand what SNAP is? Before I started this work, I didn’t. I didn’t understand how difficult the application process is for those trying to meet their basic needs. I didn’t know that SNAP actually lifts 3.2 million people out of poverty [each year]. I wasn’t aware that SNAP contributed back to the economy. I was too privileged to see the urgency of food insecurity in America. It’s also important to bear in mind that poverty is a systemic failure, not an individual one. Ultimately, to normalize SNAP, people need to learn what it is, who it helps, and how it functions.

Demi Lovato’s New Video Recreates the Night of Her Overdose

Company expands recall of 1.6 million cases of beans from 22 states for processing mistake