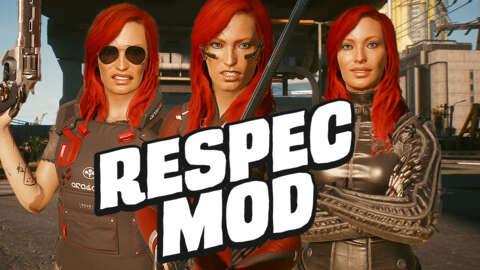 The Cyberpunk 2077 community is quickly developing new content and handy tweaks for all sorts of things in the game, adding fresh elements to the game, changing the look of Night City, and introducing some useful quality-of-life adjustments. In the video above, we look at a mod that does the latter, offering you the opportunity to painlessly change the stats and specs of your version of protagonist V.

The Respector mod lets you adjust your character attributes and restore all your Perk points after you’ve spent them, allowing you to choose different distributions and try out various character builds. You can also create builds, share them with other players, and switch between them on the fly as you play. Respector also lets you transfer your character and equipment between playthroughs with its New Game Plus option, so you can try different life paths while maintaining the experience and gear you earned from other playthroughs. Check out the video above to see it all in action.