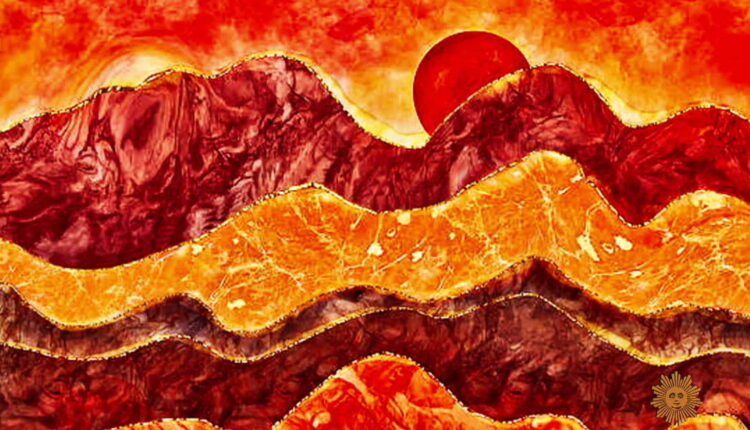 SUNDAY SUMMARY: News headlines for August 15 (Video)
Lee Cowan reviews some of the stories making news this weekend, including a devastating 7.2-mag earthquake in Haiti.

COVER STORY: Fire lookouts keep watch over threatened forests | Watch Video
There were once thousands of active fire lookout towers across the country; today, while many are automated, a few hundred are still staffed by people whose job is to watch for forest fires in remote, rugged areas, like Klamath National Forest, in California and Oregon. Correspondent Conor Knighton talks with two fire watchers who are scanning the skies.

Klamath National Forest, California-OregonU.S. Forest ServicePacific Northwest’s Forest Service Rental Program | List
U.S.: Helping students cope with the pressure to succeed | Watch Video
Experts say that students from high achieving schools, who are privileged in terms of educational opportunities, are at greater risk of substance abuse, depression and anxiety than the national norm, because of an unrelenting, insidious pressure to succeed. Correspondent Lee Cowan talks with students and a psychologist about how adolescent wellness is as vulnerable to academic pressure as it is to poverty, trauma and discrimination – and how COVID has changed our expectations for student performance.

Planet Word in Washington, D.C., a museum devoted to the magic of language.

MOVIES: “CODA” actress Marlee Matlin on making noise | Watch Video
The Academy Award-winner, whose latest film features an ensemble of deaf actors, talks with Turner Classic Movies host Ben Mankiewicz about how “playing deaf is not a costume,” and about the importance of representation of the deaf and hearing-impaired in front of and behind the camera.

To watch a trailer for “CODA,” click on the video player below:

PASSAGE: In memoriam (video)
“Sunday Morning” remembers some of the notable figures who left us this week, including singer-songwriter Nanci Griffith.

HEADLINES: Taliban fighters reported at the gates of Afghan capital (Video)
There are numerous reports this morning that Taliban insurgents are near the capital of Afghanistan – the government’s last stand. According to a Taliban statement, fighters have been ordered not to advance further as negotiations with the government continue. Correspondent Roxana Saberi reports the latest from Kabul.

HARTMAN: Goose love, in sickness and in health (Video)
The New England Wildlife Center in Massachusetts has treated thousands of injured animals, but one recent case stands out: A Canada goose named Arnold with a badly-damaged foot, who was visited each day during his convalescence by his mate, dubbed Amelia. Steve Hartman reports on an inspiring avian couple.

Broadway and recording stars perform “New York State of Mind,” in honor of the Greatest City in the World.

MUSIC: The Big Apple returns in “New York State of Mind” | Watch Video
When COVID shut down New York, musical artists found a way to perform anyway, lifting our spirits from the depths of our lockdowns. Now, with performers returning to the stage, “Sunday Morning” debuts a short film from the organization NYCNext that honors the city, with a performance of Billy Joel’s “New York State of Mind” by such talents as Sara Bareilles, Idina Menzel, Cautious Clay, Anais Reno and Brian Stokes Mitchell.

Music producer Clive Davis talks with “Sunday Morning” contributor Kelefa Sanneh about putting together “We Love NYC: The Homecoming Concert,” to be held on Central Park’s Great Lawn on August 21.

MUSIC: Clive Davis and the NYC “Homecoming Concert” | Watch Video
When the mayor’s office decided to put on a star-studded concert to celebrate New York City’s return after lockdown, Clive Davis got the call. The 89-year-old music producer signed on such artists as Bruce Springsteen, Patti Smith and Paul Simon, in what is his most important project: bringing concerts back to New York. Contributor Kelefa Sanneh reports.

We Love NYC – The Homecoming Concert, produced by New York City, Clive Davis and Live Nation, on the Great Lawn of Central Park, August 21 at 5 p.m., to be broadcast live globally on CNN | Ticket info (Attendees will be required to present proof of vaccination)Follow @CliveDavis on Twitter, Instagram and Facebook”The Soundtrack of My Life” by Clive Davis with Anthony DeCurtis (Simon & Schuster), in Trade Paperback, eBook and Audio formats, available via Amazon and Indiebound”Clive Davis: The Soundtrack of Our Lives” (documentary) on Netflix

The average age of these singers is 85, but this isn’t your grandfather’s choral group; [email protected]’s repertoire includes music from the Ramones, Bruce Springsteen, Madonna and Twisted Sister.

MUSIC: Songs from the [email protected] (Video)
The average age for members of the [email protected] Chorus, of Northampton, Mass., is 85. But this isn’t your grandfather’s choral group; their repertoire includes music from The Ramones, The Rolling Stones, Madonna and Twisted Sister. Correspondent David Pogue talks with singers about the joy of singing “golden oldies” by such composers as Bowie and Springsteen, in this update of a story originally presented on “Sunday Morning” on December 20, 2020.

DVR Alert! Find out when “Sunday Morning” airs in your city

Full episodes of “Sunday Morning” are now available to watch on demand on CBSNews.com, CBS.com and Paramount+, including via Apple TV, Android TV, Roku, Chromecast, Amazon FireTV/FireTV stick and Xbox.

You can also download the free “Sunday Morning” audio podcast at iTunes and at Play.it. Now you’ll never miss the trumpet!