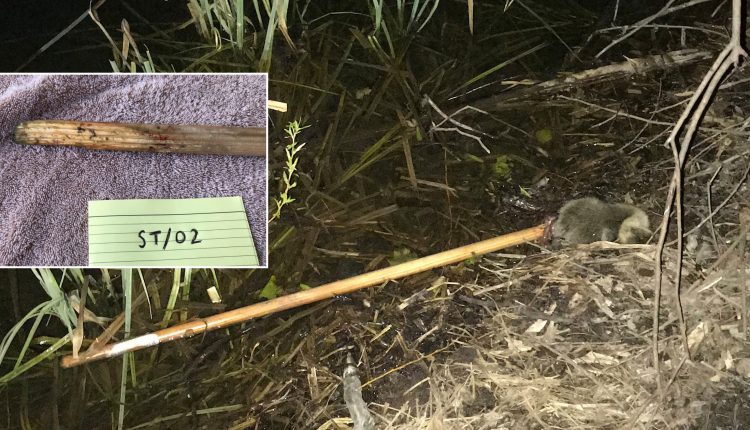 Tiny gosling dies after being battered with stick in ‘horrifying’ attack

A tiny gosling has been killed in an ‘appalling’ attack in east London, leaving RSPCA inspectors ‘horrified’.

The charity has launched an urgent appeal for information after the baby goose was impaled with a wooden stick.

A walker spotted the wounded but alive gosling by Breton Lake, Rainham, on Monday.

The person reported seeing the bleeding bird’s intestines after a broken wooden broom stick was forcibly inserted into its rectum.

She called the animal welfare charity but by the time they had arrived, the tiny bird died.

RSPCA inspector Siobhan Trinnaman said: ‘This is one of the most shocking and appalling cases I’ve ever been faced with. I have no words for it.’

‘I am absolutely horrified by this case and it’s incredibly important that we find the person or people responsible for such abhorrent cruelty,’ she added.

‘The little gosling was still alive but had a broken wooden broom stick pushed up its rectum and the finder reported that she could see some of the bird’s intestines hanging out, continued Ms Trinnaman.

‘While she reported that the gosling was alive when we arrived the poor little thing had died.’

Officers returned to the location on Tuesday to check on the other birds at the lake.

They found a family of Greylag geese with young goslings that appear to be the same age.

It is believe the gosling killed was from the same brood, said inspectors.