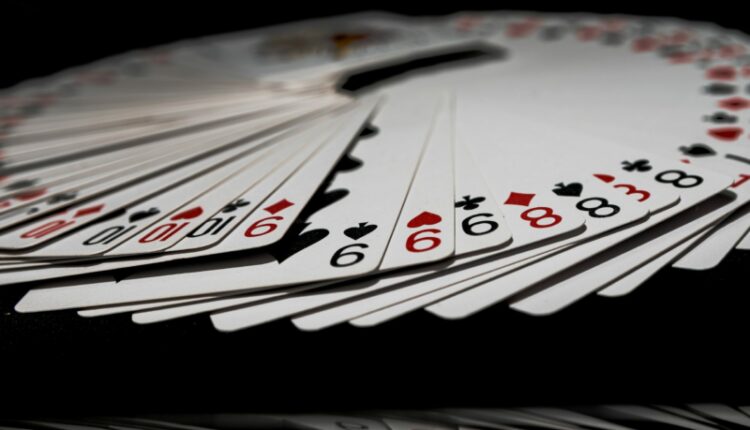 It’s that time of year again, and after the disruptions of recent years, there will be an extra poignancy and significance to getting together with loved ones this holiday season. It’s a time when traditions come to the fore, and what could be more traditional than sitting around a table with family and friends to enjoy a few games of cards?

While many traditional games and entertainment pursuits have been rendered obsolete by the digital age, card games have proved themselves remarkably resilient. In fact, people probably play them more now than ever, even if it is more commonly via a phone app than with a physical pack of playing cards.

Solo games such as solitaire in its multitude of forms are most popular in the modern era, along with casino classics like blackjack and baccarat. But the great thing about cards is that it is relatively quick and easy to get the hang of new games – or rediscover some old ones. Here are a few you can try out with friends over the holiday period.

Simple whist is one of the first games that most of us learned to play. It’s the card playing equivalent of a chef making a great smooth batter – it can form the basis of all sorts of more exotic and nuanced recipes. Just to recap, each player is dealt seven cards, heart are trumps and to win, you simply need to win more tricks than everyone else.

Contract whist has extra elements that add to the fun and make things more interesting and competitive. Gameplay is as follows:

The game allows players to adopt different strategies. Some might always call high and try to control the game by nominating trumps, while others stay low and focus on making a modest contract every time.

The most famous card game of all time has attracted a whole new generation of players in the US thanks to online casino platforms. The Gamble Online casino comparison and review site has all the information you need if you want to play for real money online.

But poker is equally fun, and just as competitive, if you are playing for matchsticks around the kitchen table. Start with a relatively simple variation such as five card draw – this is the game on which video poker is based. Once everyone is comfortable and confident with that, you can switch things up with a game of Texas Holdem – it’s really not as complicated as it looks once you get past the terminology of the flop, turn and river.

Bluffing is a useful skill in poker, and a few games of cheat will definitely hone your skills! The objective of cheat is to get rid of all your cards before the other players.

The game uses the full deck of cards, distributed equally, so is ideal for four players. If five people play, remove the twos of diamonds and clubs. Players take turns to place between one and four cards of equal value face down on the table and say what they are – for example “three eights.” The other players have the option to call “cheat,” taking it in turns.

Stephen King readers will be familiar with this game from the writer’s 1999 collection of novellas entitled Hearts in Atlantis. The four stories were linked by the common theme of this fun and addictive card game. Like cheat, it uses the full deck, and again, you can lose the twos of clubs and hearts to accommodate five players.

Hearts is another game that is based on taking tricks, but there are specific rules in play that make it completely different to whist:

It is this last aspect that often causes the most excitement. Shooting for the moon takes courage and is hard to achieve, not least because the player on your right will know that’s what’s on your mind from your discarded cards. In normal gameplay, the best strategy is to avoid being stuck leading, so you will discard high value cards. When shooting for the moon, you want to win everything, so you will be handing off twos and threes. Will another player sacrifice themselves and risk a stack of points to prevent you from reaching your goal?