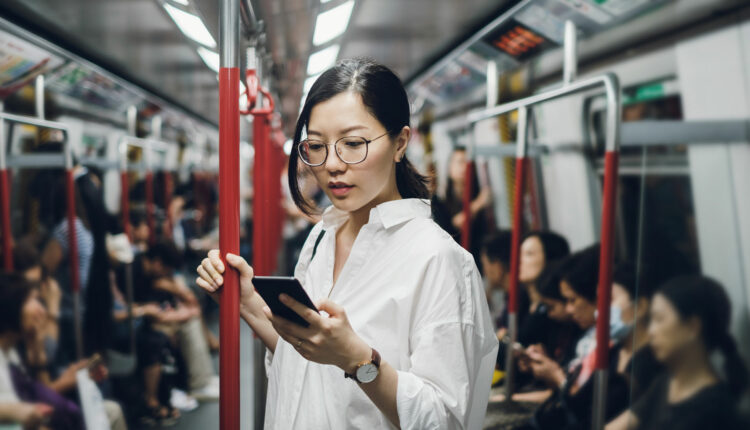 A global executive asked me this, in earnest, a month ago.

I get questions like this because I’m the founder of a market-insights company called Young China Group. Whenever I give talks, whether it’s London or Cairo or Rio, people always ask the same question: “How do the younger generations in China stack up against our own?”

The question comes up so often that I’ve developed an open-ended framework to answer it — one that can help make sense of the swiftly shifting tectonic plates of global consumption. It has come in handy in particular for us at Young China Group as we help global brands and investors understand young consumers in China and the West, but it is open-ended enough to be applied more broadly.

The framework involves four “orbits of inquiry” — general organizing principles, that is, that leave space for drift between points. Let’s consider them one by one.

How much market impact does a youth cohort have in its country?

Different countries have different generational pecking orders. Not all global youth cohorts have as much economic clout in their own national consumer ecosystem as their peers in other countries. In most Western economies, wealth is still focused in the Boomer + age brackets, as this graph makes alarmingly clear.

We forget this in part because young people make headlines and look good in ad campaigns. Millennials and Gen Z may drive trends and make headlines in the United States, but Boomers are still the core consumers. They’re the ones who move markets.

In China, by contrast, young people both make trends and move markets. Population size is a factor, naturally. Chinese youth — by which I mean people under the age of 40, loosely the equivalents of our Millennials and Gen Z—outnumber American youth five to one. But there’s more to the story than that. China’s young generations are the first for whom consumerism comes naturally. Born into China’s modern economic era, they don’t know anything else. This is in stark contrast to their parents and grandparents, most of whom grew up poor in a very different political climate, and as a result developed a famously thrifty approach to life—one akin to the approach many Americans developed during the Great Depression. China’s older generations have had to learn how to be consumers, whereas its younger generations just get it.

China’s older generation was defined by their ability to “eat bitter”—that is, to do hard things for long times with deeply delayed gratification. In a way, China’s economic history can be summed up by this generational evolution: The older generation ate bitter yesterday so that today the younger generation can eat hot pot.

The result is a divide in generational spending power that is pretty astounding. Seventy-nine percent of the spending on luxury goods and services in China is done by people under 40. Not only that, according to both McKinsey and Bain, China will account for roughly half of all global luxury spending by 2025. Pre-Covid, China was the largest outbound travel spender in the world — and the 40-and-under population hold two-thirds of the country’s passports. One-third of all study abroad students in the United States hail from China. Our universities are so dependent on the Chinese education customer, in fact, that at the beginning of the U.S.-China trade war, some of them, including the University of Illinois Urbana-Champagne, took out substantial insurance policies against the expected decline in Chinese students.

When you want to understand same-age cohorts globally on this dimension, the basic equation is simple: Population size plus spending potential equals generational power. The variables are spending habits and intergenerational financial fluidity, about which more below.

How broad or deep are the generation gaps in that country?

This question is critical. For example, how different are Boomers from their children in the United States, and how does that compare to the difference between comparable generations in China?

At Young China Group, we often say that while the United States and Western Europe have generation gaps, China has generation gulfs. Here’s one way to look at it: When my father was debating whether or not to go to Woodstock, in 1969, my friends’ parents in China were still mired in the Cultural Revolution, and China had a per capita GDP of US$100. Given the astounding amount of social and economic change that China has lived through since then, how much do you think older parents in China have in common with their adult children today?

In China, the joke goes, there’s a generation gap every three years. The sheer scale and speed of change in the country during the past thirty years actually makes it impossible to capture a 20-year swath of population using a single designation such as Millennial or Boomer. When we at Young China Group parse generational cohorts, we tend to do so using 10- or even 5-year intervals. We ask questions like, “What are Post-1995s’ attitudes toward the sneaker trend?”

Generational distance becomes especially important when you consider how trends move between generations, how similar or different spending and lifestyle habits are between children and their parents, and whether it even makes sense to talk generically about “the consumer” in any given country.

How does being their parents’ children affect their worldview? In which ways are they rebelling against their parents, or following in their footsteps?

There’s a reason your first therapy session begins with, “So, tell me about your mother.” We inherit a tremendous amount from our parents — our worldview and moral system, our understanding of “worth” and “value,” our sense of what careers to pursue, and so much more.

In the United States, Boomers often defined themselves by rebelling against the beliefs and values of their parents — they rejected authority, followed their passions, and became the Me Generation. At the time, this was radical, but American Millennials today accept it all as normal.

Things are obviously very different in China. The older generation grew up in the Maoist era, when famine was widespread, necessities were scarce, and education was discouraged. Today, as a consequence, China’s Millennials and Gen Z have internalized a sense that the pursuit of luxury — even relative luxuries like big meals out and elaborate tea drinks — is a worthwhile enterprise. They indulge themselves as “foodies,” they spend conspicuously on luxury goods, they study abroad. Though many would scoff at this, in a way they are living out their parents’ dreams.

How does money move between generations?

If you want to compare generational power and market impact, pay especially close attention to this question: Why is it that young people are the market movers in China? It’s not that they have more money or higher-paying jobs than their peers in, say, the United States. Rather, it’s that money moves far more freely between generations in China than it does in the United States.

In the United States, Boomers are still market movers because they have held on to their money. Parents are supporting their children more than they did in the past, it’s true, but that support pales in comparison to what their counterparts in China and other parts of Asia are doing.

On top of that, when you compare the number of people under 40 in China (700+ million) to the total population (approaching 1.5 billion), you realize that the number is proportionately small; with a median age of 38, China is not as young as the other Asian demographic giant, India, whose median age is just under 27. As a result, the demographic picture in China looks a bit like an inverted pyramid. Due to a massive baby boom in the 1950s and 1960s, followed by the baby bust caused by China’s one-child policy, launched in 1979, China has what we call the 4-2-1 crisis: four grandparents for every two parents for every one child.

That upside-down pyramid works like a funnel, and it explains how young people with a fraction of the income of their American counterparts are making such a market splash. One child is the recipient of two generations of money, love, attention, dreams — and huge amounts of pressure.

Many of the people I’ve worked with have found the framework I’ve presented in this article to be helpful. Building information into it, you can compare different generations within a country, or similar ones in countries across the globe. Whether you’re making these comparisons for a marketing plan, or an investment strategy, or something else, the framework and its four orbits of inquiry will enable you to move beyond already thin generational stereotypes, which regularly get pulled to the breaking point when we try to stretch them uniformly across the whole globe.

Build Your Reputation as a Trustworthy Leader