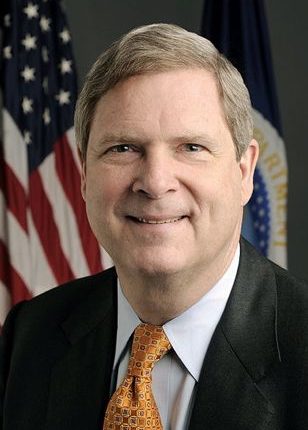 Vilsack’s food safety record is filled with accomplishments, and maybe a ding or two

Tom Vilsack already is one of the longest serving cabinet members to work as Secretary of Agriculture, and now President-elect Joe Biden wants Vilsack to serve again in that capacity, an appointment that opens the former USDA boss to all sorts of scrutiny, including his food safety record.

Food safety is one of USDA’s critical missions, with its Food Safety and Inspection Service (FSIS) charged with providing inspection services for meat and poultry processing along with the production of some egg products, and some fish. FSIS expenditures total about $1 billion a year on food safety. jThe agency has about 10,000 employees, most assigned to inspect the private establishments FSIS regulates.

Before his first appointment as secretary of agriculture, Vilsack was the governor of Iowa with food safety responsibilities, including restaurant inspections. He gave a waiver to Taylor’s restaurant in Marshalltown, IA, for a cooking vessel used to produce Maid-Rite “loose meat” sandwiches, supring unusual attention. Maid-Rites have been an Iowa favorite since the 1920s.

The original cooking vessel had a design flaw that caused cross-contamination. When Vilsack left the governor’s office, the state withdrew the waiver, and Taylor’s Maid-Rite received red violations on its post-Vilsack inspections. It would take about five years to resolve the food safety situation.

Under the Vilsack waiver, Taylor’s was exposing its customers to “raw animal foods not adequately separated from pre-cooked or ready-to-eat foods,” according to inspectors.

When he first became secretary of agriculture, Vilsack had to assist President Obama in naming a USDA Under Secretary for Food Safety. That office was established under the 1994 USDA Reorganization Act. It requires appointment by the president and confirmation by the U.S. Senate. It is the highest-level food safety job in the federal government. The Under Secretary for Food Safety leads the U.S. government in international food safety.

Obama’s appointment of Dr. Elisabeth Hagen was confirmed by the U.S. Senate in August 2010. She was USDA’s former chief medical officer. The food safety achievements under Hagen were significant and Vilsack certainly shares in that credit. Most notable was Hagen’s work to declare six additional strains of E. coli and to require mechanically tenderized beef labeling. She also updated Salmonella performance standards for poultry and put forward the first-ever standard for Campylobacter.

All of these food safety advances occurred on Vilsack’s watch.

Hagen left USDA for the private sector in December 2013. Obama did not make another appointment for the USDA’s Under Secretary for Food Safety post. Brian Ronholm, who served as deputy undersecretary under Hagan, continued in that role and FSIS Administrator Al Almanza was named as a deputy undersecretary, increasing his responsibilities at the USDA.

At the time, some top FSIS managers told Food Safety News that without a confirmed Under Secretary for Food Safety, they were not able to effectively raise issues with Vilsack.

Others familiar with the Vilsack years say the secretary was fully engaged in food safety and that he provided critical leadership in overseeing significant food safety updates. They point to the effort to tighten regulatory requirements and enhanced consumer engagement about safe food handling practices. Vilsack also helped facilitate operational changes that contributed to keeping unsafe food out of commerce, including the implementation of advanced testing methods, a greater focus on mislabeling, and a more rigorous scientific process.

To summarize, the Vilsack food safety accomplishments include:

“People should not confuse his understated approach as having a lack of knowledge or compassion related to food safety issued,” says one national food safety expert. “His previous experience at USDa will give him a significant head start and allow him to apply lessons learned from his previous tenure toward resolving critical pending issues, including the line speed.”

Chromebooks versus Windows laptops: Which should you buy?