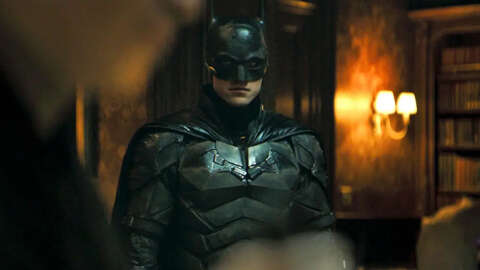 WarnerMedia CEO Jason Kilar has confirmed that the studio’s 2022 movies will be heading to streaming after a theatrical run.

Kilar appeared on Vox’s Recode Media podcast, where he was asked about Warner Bros’s plans in 2022, following its decision in 2021 to theatrically release movies simultaneously with a release on HBO Max. Kilar stated that its biggest films will return to a theatrical model, before heading to the studio’s streaming platform.

Kilar’s statement follows the recent news that Warner Bros had reached a deal with Regal Theaters owners Cineworld to show its movies for an exclusive 45 day period before they head to streaming.

The future of theatrical windows in the post-pandemic world is one of the biggest questions hanging over the entertainment industry. Warner’s announcement in December last year that its entire 2021 slate would hit HBO Max straight away caused considerable controversy amongst filmmakers and exhibitors, and went further than studios such as Disney and Universal, who have been more selective about which films receive simultaneous streaming and theatrical releases.

The most recent Warner movie to hit both platforms is Godzilla vs. Kong, which was released in the US last week. Despite being available on HBO Max, the movie has become the biggest domestic theatrical success of the past year, grossing $48 million to date. Worldwide, it has now made more than $285 million.

Now Playing: The Batman Teaser Trailer Breakdown: 22 Things You May Have Missed