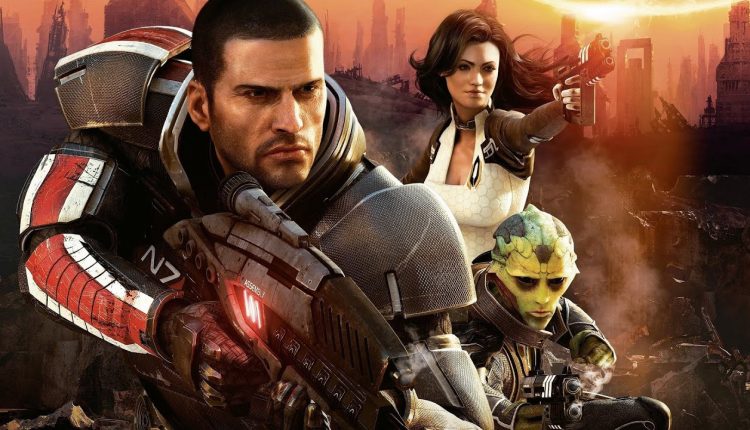 GameCentral readers discuss their favourite RPGs of all-time, from The Witcher 3 to Skyrim.

The subject for this week’s Hot Topic was suggested by reader Ishi and covers any game, from any time period. How much experience have you had with role-playing games and what is your preferred style, including Japanese vs. Western and action vs. turn-based?

There were plenty of different answers to those questions, with the most popular choices including Chrono Trigger, Skies Of Arcadia, The Witcher 3, and Dark Souls.

Sci-fi classic
With all the talk of remasters in the near future I realised that my favourite role-player must be Mass Effect 2. It’s one of the few games I would say is essentially perfect (the only slightly flaw is that the plot is kind of a side story but given what a mess Mass Effect 3 made of the overarching story I really don’t think that matters).

The combat is great, the characters are great, the freedom you have to interact with other people and how you tackle the missions is great. The game world (galaxy!) is huge and the decisions you make have a real impact on how things turn out, especially in the amazing suicide mission at the end which is one of my favourite moments ever in video games.

Nothing else has come close for me, but then I do prefer a sci-fi setting and there never seems to be as many of them as there is the whole Tolkien-esque fantasy thing.
Roycomb

Lost classics
I’ve got two, and they’re both so beloved that I couldn’t really choose with the exception of one feature. Those damn random battles!

The games are Chrono Trigger and Skies Of Arcadia. Both are incredible, with wonderful tales to tell, and the multiple endings of Chrono Trigger make it even more satisfying. But also it was one of the first games to dispose of random encounters.

Meanwhile, Skies has the amazing, swashbuckling adventures of Vyse, Aika, and Fina, with lovely 3D graphics and an excellent steampunk vibe with those marvellous airships and adventure abound discovering floating islands.

Both games have great graphics and sound too, and are eminently playable today as they were back when released. The only shame is that neither gets even a sniff of a remake or remaster and Skies in particular is very expensive, being only available on Dreamcast or GameCube. Come on Sega!
ZiPPi

No competition
It’s not as well known as many more famous role-playing games but for my money Divinity: Original Sin 2 stands head and shoulders above them all. It looks like another boring Western role-player, one that’s barely evolved beyond Baldur’s Gate but it’s really anything but that.

Fast-paced, funny, with great combat that’s more XCOM than Final Fantasy, and so customisable and open-ended it feels like you can do almost anything in any situation.

To me that’s the real promise of role-playing games: the ability to tackle situations however you think, not how the game wants you to and Original Sin 2 (terrible name, I know) is so far ahead of other games on that mark there’s not even any competition in my book.
Phasma

First step into a larger world
My favourite is Star Wars: Knights Of The Old Republic 2 on the original Xbox.

I hadn’t touched a role-playing game since Final Fantasy 7 on PlayStation 1, which just didn’t work for me. I think because I was just so unfamiliar with how they played.

I think I bought Knights Of The Old Republic 2 thinking, ‘Well, it’s Star Wars, I’m bound to stick with it a bit longer.’

Anyway, I loaded it up and was making fairly good progress. I think there’s a level on Tatooine (possibly) and I was getting slaughtered by Sand People. I began to think I was missing something. I headed to the menu and found out there was slots for improving skills or armour.

You’ll have to forgive me, it was a long time ago (insert joke here).

What a difference that made, I have an in-built abhorrence of reading reams and reams of explanations on starting a game.

So Knights Of The Old Republic 2 led onto Fallout 3 and the Mass Effect trilogy.

High experience
Xenoblade Chronicles: Definitive Edition is my favourite Japanese rolep-laying game and The Witcher 3 is my favourite Western role-playing game. Both have a good balance between exploration and story.

I have played a large number of Japanese role-playing games (well over 100 including strategy role-players) but have not played as many Western ones (about 20 to 30). I generally find the Japanese games far more charming, although their comic relief characters can often be more annoying than amusing.

The main thing I enjoy in a role-playing game is the exploration, with Xenoblade Chronicles, Skies Of Arcadia, and Final Fantasy 12 being Japanese favourites. I do also like how Western games like Fallout 3 let you stumble on a quest whilst exploring instead of from a dedicated quest giver. Divinity: Original Sin 2 however does this better than any other game I have played, as the quests can even progress differently depending on how you encounter them.

I also like games where I take on the role of an existing character rather than creating a unique one, which is another reason why I tend to prefer Japanese games and is also why I preferred The Witcher 3 to other Western titles. I also like choices that are not clearly good or bad, binary decisions. So Witcher 3’s side quests where it is unclear what is the correct choice are much more interesting to me than those in Knights Of The Old Republic or Mass Effect.

The criteria which determines the ending you get on The Witcher 3 was also good, as the ending I received seems to be a natural fit to how the characters had previously interacted.

Combat is generally the least important thing in a role-playing game for me and I have seen many engaging and boring examples of both turn-based and action-based. Engagement could either be provided by being punishingly hard like Dark Souls or Etrian Odyssey, stagger mechanics like Octopath Traveller or Final Fantasy 7 Remake, having lots of strengths and weaknesses like Pokémon, or considerations on movement and positioning like Valkyria Chronicles and Xenoblade Chronicles.

Essentially, if I find myself mindlessly tapping ‘A’ or ‘X’ until I have won then the game has failed from a combat perspective. The combat in both Dragon Quest 8 and Oblivion ended up being patronisingly easy to the point of tedium by the end and yet I felt both were still good games despite this.

I am sure Final Fantasy 16 will look beautiful, but a Switch port of Persona 5 Royal would be my wish for role-playing games in 2021 and beyond. (Assuming I cannot have Skies Of Arcadia 2 that is).
PazJohnMitch

No equal
I’m beginning to think it will always be Skyrim for me. I’ve played that game so many times now, on so many different formats, I must know every pixel inch of the map. And yet I don’t because thanks to fan mods it’s always been improved and added to!

I have no idea how Bethesda are ever going to follow it up and based on their more recent work little faith that they can ever equal it again, let alone improve on it.
Olliephant

Catch up on every previous Games Inbox here

The exceptions
I’ve never managed to get on with most Japanese role-playing games, with the only exceptions that come to mind being Earthbound and Chrono Trigger. I think these were mainly due to how fast-paced and slipstreamed they managed to make all the hallmark elements like combat, stat management, and menus. Prior to that, running into unavoidable random turn-based battles in the likes of Final Fantasy often seemed to result in these daft transitions that seem to kill the momentum, interrupt whatever exploration that had been compelling me to continue and pull me out of the game altogether.

Even with Chrono Trigger I hit a wall that required grinding to defeat the final boss. After I died on my first attempt, I found out it could end up being a 45+ minute fight so I don’t think I bothered finishing it. I’m going to give the genre another go with Persona 5 soon, though, and I look forward to it.

My overall favourite type of role-playing game is probably the action role-player, as the progression brought about by levelling up or changing equipment feels more tangible. Nowhere is that more obvious than in Dark Souls which I’d cite as my favourite ever role-playing game. Every point added to your individual attributes, your weapon and armour carried meaning, not just in terms of what you were allowed to equip but in making the difference between life and death.

I remember being stuck on Que’laag for three whole hours before equipping the 100% fireproof black knight shield and beating her first time (and every time since). The difficulty is what gives weight and meaning to these role-playing elements and makes them compelling, elevating them above boring optional/trivial numbers.

If I’m allowed to cheat a bit I’d definitely lump in Bloodborne as well (I also loved Sekiro just as much but I think any argument that that’s a role-playing game would be a stretch). I’ll focus on Dark Souls, though, as that medieval fantasy aligns with many traditional connotations of role-playing games. When I first played the game in 2011 it felt like a Dungeons & Dragons inspired 80s computer game, just with modern tech behind it, and I mean that in the best possible way.

Punishing difficulty and obtuse design principles combined perfectly with a quiet dignity to the presentation and atmosphere. In an era where cinematic and immersive gaming (meh) had become more than just about ‘beating’ each part, Dark Souls reminded me of modern gaming’s roots.

I never had a PlayStation 3 so I’m really looking forward to Demon’s Souls whenever I get a PlayStation 5. My main hope, though, is that Elden Ring is properly revealed soon and that it functions as the biggest shake up to open world gaming since Zelda: Breath Of The Wild. It seems increasingly likely that it’ll now be exclusive to the next gen machines and if it is then its release would probably mark the date I jump over.

I don’t think I’d say the same about any other developer’s work but in this case I probably do hope that, like Dark Souls, the game is as much role-playing game as it is action.
Panda

The small print
New Inbox updates appear every weekday morning, with special Hot Topic Inboxes at the weekend. Readers’ letters are used on merit and may be edited for length.