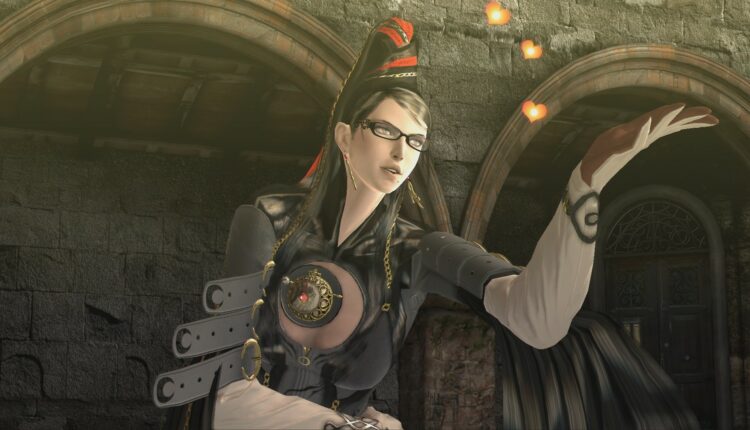 Readers name the video game reviews they’ve disagreed with the most, including Aliens: Colonial Marines and God Hand.

The subject for this week’s Hot Topic was suggested by reader Simon Ashworth, who asked what review – either one of ours of from somewhere else – sticks out to you as being either too harsh or too lenient?

We had lots of different suggestions, most of them perfectly understandable, but by far the most common complaint was that Red Dead Redemption 2 was overrated by almost everyone.

Agree to disagree
For me, the one I disagree with the most is the reviews for Bayonetta 1 and 2, which I find to be the most overrated games of all time. I know they’re a GC favourite, and it was their review which made me try the second one even thought I didn’t like the first, but if anything I think it was worse.

I know the games are very highly rated by most sites but rather than claim that I’m right and everyone else is wrong I’d like to say that… I’m perfectly fine with this. Complaining about reviews you don’t agree with is one of the worst things to happen in game fandom and people are fooling themselves if they pretend it’s about anything else other than not wanting to be proven wrong.

In my experience, the people that complain have been hyping a game up for months in their own head and when anyone dares to suggest that reality is different they get upset. That’s not healthy. If you disagree with a review and it’s from someone you trust, like GC, that just means your taste is different. Nothing more. That should be something any sensible person is able to cope with without sending death threats over the internet.
PhantomZ

Game over, man
One that always sticks out to me is the EGM review for Aliens: Colonial Marines. I don’t read EGM but I’ve heard of it and always assumed it was at least reasonably well respected, since it’s been around for ages. The thing that made me laugh though was not so much that they gave it 90%, which is clearly ridiculous, but that if you look at Metacritic the next highest mark is 68%, which is totally justified.

I just don’t know how anyone who pretends to know anything about video games can justify that score at all, especially when you see what everyone else gave it. People talk about game journalists being bribed but I’ve never really believed it. In some cases though there are a very few instances where you wonder what went on and if it was related to some kind of advertising deal.

Maybe, maybe not but, in this case, I certainly won’t take notice of anything EGM ever says.
Gorbie

Good God
I bet someone mentions the IGN review for Deadly Premonition, which was awful, but the one that always stuck out to me was the 3.0 they gave to God Hand. God Hand, one of the best action games of all time (and well due a remaster or remake, if you ask me).

This was in the mid-2000s when IGN was still pretty terrible and almost everything with any kind of hype got a minimum of 7.0. Anything less and they got the cleaners to review it and you get scores like this and Deadly Premonition.

To be fair to them they are a lot better nowadays and you can tell the people reviewing are a lot more knowledge and they use much more of the full marking scale. Their still far from my first port of call for a review but at least they’re not laughably bad anymore.
Gadfly

More than half
Anyone that gave Sonic The Hedgehog 2006 anything above 50% deserves to be mocked and laughed at for their rest of their lives and looking at Metacritic there are a few.

Play Magazine gave it 85%, which is the highest score of anyone, and I assume had to do with some kind of cover exclusive bribery. Then Games Master UK, which is weird because usually UK publications are harsher than others. Then it’s Planet Xbox 360, whoever they are, and Game Informer, who I have heard of and should have known better. I mean, when even Official Xbox Magazine is giving it ‘only’ 60% you know you’ve messed up.

I think generally the standards of game reviews are higher than they used to be, although there’s clearly still a hesitancy to give big names low reviews. Often I think this is more from fear of a fan lynch mob though, which is a very real fear in these days of social media. But then some people never like to hear the truth.
Valey

Not perfect
I think any reviewer that awarded Red Dead Redemption 2 full marks would be the standout for me, as reviews I disagree with. My reasons are the pedestrian gameplay and chore-like maintenance of things like stamina, which are well-noted at this point. I also think a point that GC made was also an interesting one, which was something along the lines of the narrative forcing the reader into a course of action that they wouldn’t necessarily have taken themselves (which in Red Dead Redemption 2 was Dutch’s insistence that you do one last job, despite your pocketful of cash by that point).

The game is a strange case though, because I can’t think of another example where the average gameplay has been bolstered so much by other aspects of the game. The locations, authenticity, and random, organic-feeling events stay with you long after you stop playing, which can’t be said for pressing aim and flicking the right trigger up, even if you can’t make out your target on screen, and getting the umpteenth headshot in a row.
Nathan

GC: That seems like a perfectly fair score to us.

Final decision
I take reviews as a guide and a means to getting useful information about a possible purchase of and like the scientific method I’ll check a variety of sources to get a more objective and reasonable impression of the game.

I have read a lot of reviews which are suspect, to say the least, so really you should not take them for granted. I tend to go by gut feeling and confidence in the developer’s passion for the game, as well as its history.

One way the above can go pear shape is the amount of hype you’ve personally built up in waiting for the game and the memories of a previous title. This can override good sense and judgment and a game you were particularly excited for then falls down quickly in your estimation and disappointment is then ensured!

Nintendo Magazine System, back in 1998, gave South Park on the Nintendo 64 about 90% for the game, which turned out to be a very big overestimation, and I then lost the confidence I had for the magazine, which up till then was pretty OK at giving fair and critical scores.

The Cyberpunk 2077 scores in our modern day times, with the leaking of information on social media, put me well off getting the title and saved me time and money. In a pre-social media world, Cyberpunk would have been pre-ordered and bought and only then found out to be fully of bugs and glitches.

You can’t get away with it now, as you could back then, as magazine scores were the only ways you could count on and the odd TV show like GamesMaster and Bad Influence. Now and again even GameCentral can, in my own opinion, give a lower score than I would have. I have bought six and seven out of 10 games, maybe the odd five reviewed by GC.

The good thing is you get to work out the psychology of gaming sites and websites and know that a six in one site is better than a six on another website. GameCentral’s six and sevens are a winner in my book and a nine is a full marks game. A 10 score – wow!

I am a veteran at games, enough to have a good idea as what to expect if the research I do is logical enough, but that’s not to say I won’t get caught out with a bad port through impatience and overexcitement or something! Like Fallout 3 on the PlayStation 3 – with the buggy and rough looking graphics.

Scores give you a good estimation but the better the research you do, watching streaming sites like Twitch, will definitely fill you in with the vital info you’ll find fundamental for making your final game buying decision.
Alucard