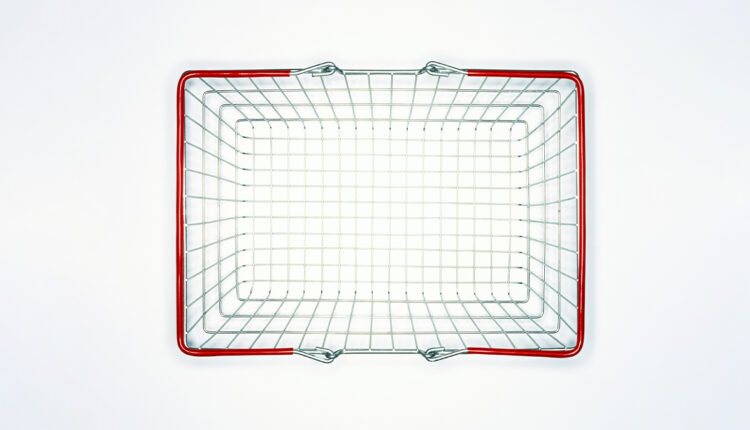 What Belongs in Your Basic Bundle?

What should be included in your basic subscription package and what should be extra? It’s a question that more and more companies are asking themselves as sectors from the auto industry to retailers adopt subscription models. Biphasic subscriptions, where some things are included and some are extras, are a common solution, but figuring out what offerings belong in which buckets is hard — and there’s a danger of driving customers away if you get it wrong. The author offers a model to help you make this decision

Say you’re planning to watch a movie tonight — you sit down, open the Amazon app, and start searching. Want to watch Marvel’s The Avengers from 2012? That’s free on Amazon Prime. But if you’re interested in the most recent installment in the Avengers’ series, Marvel Studios’ Avengers: Endgame from 2019, that will cost you $3.99 to rent. But not all new movies are rental only, and not all older movies are free. For example, you can watch Eddie Murphy in 2021’s Coming 2 America for free with your Prime membership, but if you want to check out the Murphy classic Beverly Hills Cop from 1984, that’ll cost you an additional $2.99. What gives?

Amazon is known for making very deliberate choices about what to bundle in with a standard Prime membership, when, and for how long. To make these decisions, the company is likely using a metric like cost-per-first-stream — dividing the title’s costs (e.g. production or licensing) by the total number of subscribers streaming a given title — to determine what to offer as standalone versus adding to the basic Prime bundle. Because the value of shows and movies tends to depreciate, some titles will lose their value after a certain period. At that point, the standalone charge can no longer be justified, so Amazon moves these titles under the standard Prime membership.

This two-step approach to rolling out services is an example of a strategy called biphasic subscription monetization in which 1) businesses roll out novel services as standalone offerings and quickly monetize them by targeting enthusiastic consumers, before 2) adding them to pre-existing bundles consisting of more mature services and monetizing them over longer periods of time with the broader consumer base.

As companies across sectors are going from a product-based to a subscription-based business model — from Microsoft, Google, and Nike to auto manufacturers, industrial manufacturers, and brick-and-mortar retailers — this strategy is catching on. If done correctly, it can help offset initial development costs of novel offerings, provide companies with quick and actionable feedback on these novel services, and generate positive momentum that drives larger investments in innovation. And as companies continue to add more services to existing subscription bundles, they can justify a progressive increase in subscription fees since the perceived value of the bundle is increasing.

In my experience working with thousands of subscription businesses, I’ve seen three considerations that drive the successful adoption of the biphasic monetization strategy. First, companies need to prove the benefits of this biphasic monetization strategy by qualifying new services against 13 attributes that make up what I call the Unified Subscription Adoption Model (USAM). I developed the USAM as the first hybrid framework for assessing the end-to-end potential of subscription offerings, combining two widely recognized technology and product adoption models, but adjusting their core attributes to better match the idiosyncrasies of subscription-based offerings. Second, new features/services need to be added over time to maintain or increase the overall price of a given subscription bundle. And lastly, companies need to take into account how susceptible the demand for a given offering is to changes in price.

Let’s dig in with an example to show this biphasic monetization strategy in action.

Recently, traditional automakers — alongside software juggernauts including Apple, Google, Amazon, and Baidu — have embarked on a tight race to offer the most advanced and well-integrated automotive software-as-a-service subscriptions, making them ideal candidates for deploying a biphasic monetization strategy.

Let’s explore a simplified example of how that could work.

A hypothetical automaker has already introduced a basic subscription bundle consisting of three car-connected services: road navigation, road assistance, and remote start. The bundle is offered to all prospective car owners in the form of a subscription for $89 per month. Ten thousand car owners have already subscribed to the basic subscription, generating $890,000 Monthly Recurring Revenue (MRR) for the automaker.

The marketing department has conducted a market segmentation study according to which, the automakers Serviceable Obtainable Market (SOM) consists of a total 10,000 existing drivers, out of which 9,000 are low-income earners and 1,000 are high-income earners. Through various A/B tests conducted in the past, the automaker found out the Price Elasticity of Demand (PED) for the basic bundle is 0.9 (quite elastic). This means that an increase in the overall price of the bundle will result in an almost proportionate decrease in demand. The company also defined the minimum prices of the two services to be $5/month for OTA and $15/month for SAD based on the investment size required to develop each service.

So, how would the company deploy a biphasic monetization strategy?

Step 1: Assess the maturity of the new services

Companies need to measure the maturity of an offer to determine the overall market readiness for a new service. The Unified Subscription Adoption Model (USAM) is a hybrid framework for assessing the end-to-end potential of offerings, measuring attributes that will impact potential adoption, including: functionality, reliability, usefulness, usability, efficiency, and desirability.

To use the framework, you measure the service quality attributes by asking a series of core questions. For example, for “Desirability,” the pertinent question is “Does it make the user care?” — and what you are assessing is the measure of positive emotions, such as desire and pleasure, that a service generates for the user. Similarly, for “Usefulness,” the question is “Does it solve real problems?” For each attribute, you rate on a continuum of Low to High and then tally the results for a total score.

If we use this framework for our two new hypothetical connected services, we clearly witness that the two services differ across the board. The first service (OTA) is a very mature service (scoring 55/60 points). In contrast, semi-autonomous driving is more of a Minimum Viable Product (MVP) scoring 32/60 points.

The overall service quality is very often a reliable indicator of both market maturity and market penetration. The ratings for OTA indicate the service is well diffused/adopted in the market (past the late majority of the consumer population). In other words, OTA is an existing feature in most if not all cars. Car owners expect that their car’s software can be updated remotely (i.e. over the air), similarly to how laptops or PCs do. In contrast, SAD appears to be a novel service still in the early adoption phase (early majority of the consumer population). It is widely seen as a nice-to-have feature, not really a necessity.

Let’s start by hypothesizing that the automaker decides to add both services to the existing basic subscription offering.

Let’s think about this dynamic. Once the automaker adds a nice-to-have service to a bundle consisting of basic services and uses that to justify a fee increase, car owners feel like they are asked to pay for a feature they don’t need and never asked for. Since the basic bundle includes services with close substitutes, they won’t hesitate to cancel their subscription.

Let’s now see how the biphasic monetization strategy can provide a much more profitable alternative. Exhibit 2 shows the impact of adding OTA to the existing basic bundle and launching SAD as a standalone subscription service.

The OTA service matches closely the overall maturity of the basic bundle already adopted by 10,000 subscribers. By adding it to the bundle, the automaker increases the overall subscription fee to cover the R&D costs. In consequence, a portion of subscribers still cancel but the churn, in this case, is much lower resulting in a net MRR gain.

The gains do not end here though. The manufacturer launches SAD as a standalone subscription at $15/month and targets only those drivers in their subscriber base that demonstrate the greatest willingness/ability to pay for additional features. The car manufacturer now has two recurring revenue streams.

Over time, semi-autonomous driving will mature as a capability as an increasing number of car manufacturers offer it and its overall quality increases. It will eventually be adopted by the early and late majorities of the consumer population. At that point, the standalone subscription fee won’t be justified, forcing the automaker to make the feature part of the basic bundle and, perhaps, using that as a justification for an increase in its subscription fee.

To avoid losing the second revenue stream altogether, the car manufacturer will need to launch a new service as a stand-alone subscription to replace SAD. This process creates a continuous innovation cycle that can help subscription businesses stay competitive while growing their revenue and minimizing risks associated with new launches.

All in all, the biphasic subscription monetization strategy poses a proven, logical, and practical solution to the dilemma of launching novel services as standalone offerings versus adding them to existing bundles in the fast-moving subscription economy.

Success, however, comes with conditions. For biphasic monetization strategies to succeed, companies must maintain a constant flow of innovation, know their costs, study their subscribers, and analyze acquisition and retention drivers. It’s a tall order, but the benefits make it worthwhile. Just ask Amazon.

How to Close the Digital Divide in the U.S.

Lessons in Innovation from Bowie, Beyoncé, and More