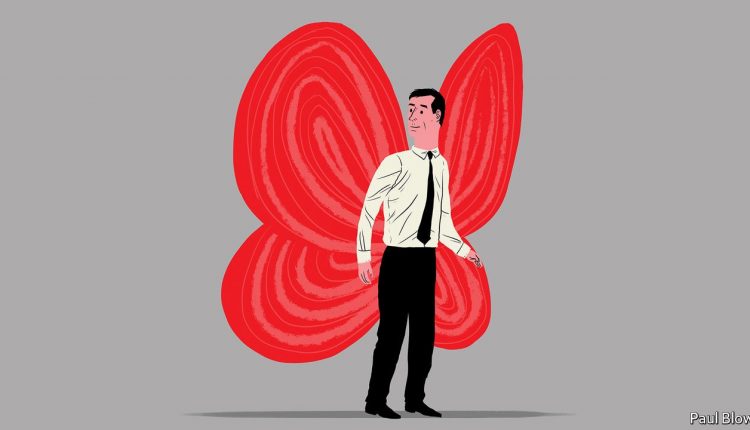 What happens when companies devolve power

MANY COMMENTATORS paint a bleak picture of the future of work. Automation will spread from manufacturing to services, eliminating well-paid white-collar jobs. The workforce will be divided into a narrow technocratic elite and a mass of low-skilled, insecure jobs in the “precariat”.

But it does not need to be this way, according to Gary Hamel and Michele Zanini, two management consultants whose new book, “Humanocracy”, is as optimistic as its title is off-putting. They envisage a world in which low-skilled jobs can be enhanced—if only employees are given the chance to use their initiative and change the way they operate. “What makes a job low skilled is not the nature of the work it entails, or the credentials required, but whether or not the people performing the task have the opportunity to grow their capabilities and tackle novel problems,” they write.

This can only be achieved if managers relax their centralising tendencies and devolve power to individual business units. Few big companies—Toyota and Netflix being notable exceptions—have followed this path. The authors finger the dead hand of bureaucracy.

Since 1983 the number of managers and administrators in the American workforce has more than doubled, while employment in other occupations has gone up by only 44%. One study of executives published in the Harvard Business Review found that the average respondent worked in an organisation with six management layers; in large organisations, it tended to be eight or more. Employees in the survey spent an average 27% of their time on bureaucratic chores, such as writing reports or documenting compliance.

The result of all this paperwork, say the authors, is a corporate organisation that promotes conformity and dulls enterprise: “it wedges people into narrow roles, stymies personal growth and treats human beings as mere resources.” They envisage a different model.

All employees should be encouraged to think like businesspeople, be organised into small teams with their own profit-and-loss accounts (and appropriate incentives), and be allowed to experiment. Units within decentralised companies should be able to negotiate the price of services and products provided by the rest of the group.

The book is full of practical examples. Buurtzorg, a Dutch provider of home health services, is split into more than 1,200 self-organising teams. Each team is responsible for tasks such as finding clients and recruiting workers, rather than putting such duties in the hands of regional managers. That allows an organisation with 15,000 employees to have a central staff of just over 100 people.

Another highly decentralised group is Nucor, an American steel company. Essentially it is a confederation of 75 divisions which carry out their own research and development, sales and marketing. Bonuses are paid to teams, not individuals. The result is that teams take the initiative. One rejected outside bids for replacing a furnace shell and designed it themselves, saving 90% of the cost. Morning Star, America’s largest and most profitable tomato processor, has no managers and no job titles; 500 “colleagues” work in teams spanning 20 business units. Each staff member contracts with the rest of the team to provide the services they require.

The beauty of this approach, the authors argue, is that employees are more satisfied and motivated. This can lead to reduced staff turnover—and, potentially, to higher profits. In 2018, 20.5m Americans worked as managers or supervisors, with another 6.4m working in administrative support. Collectively, they took home more than $3.2trn in compensation, or nearly a third of the national wage bill. Cut this bill in half while also halving compliance costs, and American companies would save around $2.2trn a year, the authors estimate.

Such a cull would be bad news for some managers, of course. It could also be disruptive in the short term. But Messrs Hamel and Zanini may be onto something. Too many people feel dissatisfied with their jobs. A Gallup survey of American employees in 2019 found that less than a quarter said they were expected to be innovative in their job; only one in five felt their opinions mattered at work. Unleash their creativity, and productivity will improve, job satisfaction will increase and workers in supposedly “low-skilled” jobs will be free to demonstrate their abilities. If so, the future of work needn’t be gloomy after all.

Japan’s cosy telecoms firms are being told to lower prices