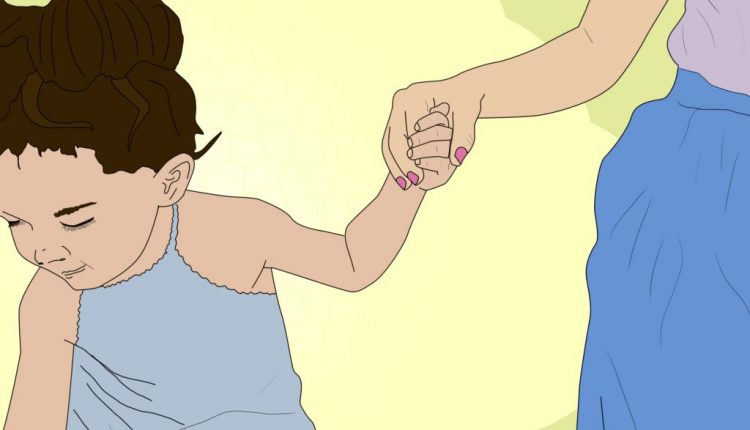 Normal life as we once knew it has been somewhat postponed until the scientists in labs have worked their magic and found a coronavirus vaccine.

For an extremely contagious disease like Covid-19, a vaccine and the mandatory inoculation of the population seems like an obvious solution. Yet, for some – like my parents – the idea of being forced into something like this is appalling.

My parents have always been slightly on the alternative side in terms of health – ‘hippy dippy’ my brother and I would call it.

Growing up in the early 90s, I didn’t have the newborn vaccinations like diphtheria, polio and tetanus that the majority of babies have in their first few months in the UK, and I skipped some of my other shots like MMR for measles, mumps and rubella.

While I am pro-vaccinations now and would make sure any of my future children got jabs, at the time I just assumed this was just another element of my parents’ somewhat unconventional approach to life. For example, I was born at home and brought up vegetarian – two things that are relatively common now, but were quite out there at the time.

Similarly, my mum was pretty against antibiotics and I only had them once as a child for a bad chest infection. She doled out Arnica – a type of herbal medicine – for trips and falls and took us regularly to see a homeopath for check-ups and advice on any issues we were having, like the eczema I suffered with.

Growing up in England, where the majority of children are vaccinated, means I benefitted from herd immunity as a result of mass immunisations. Of course, even being in the position to choose whether or not to vaccinate your child comes from a point of privilege when you consider the fact that it’s not even an option for so many people around the world.

As a pretty healthy kid, I didn’t think too much of it. I was only aware of my parents’ choices insofar that I wished I was more like my friends. I remember once declaring to them that I wanted to eat meat and go to church like my primary school best friend.

However, I generally went along with what my parents thought without rebelling.

I don’t agree with their stance on inoculation and I am definitely pro vaccinations – if there was an option to take a Covid-19 vaccine, for example, I would.

So when it came to the topic of vaccines, it was a similar situation. It wasn’t something I was really aware of until I was at school and we were given them en masse. I have a vague memory of skipping some in primary school, but the event that sticks in my memory most was the BCG vaccine for tuberculosis in year nine.

There was mass hysteria at my all-girls school on the day everyone lined up in the assembly hall for the initial Heaf test – to see whether you had been exposed to TB – and then BCG injection. After that, the scars were a big conversation point.

I don’t remember my friends being that interested in why I wasn’t partaking but I felt a little awkward and left out. I definitely asked my parents why I wasn’t having it when everyone else was, and they told me it could be harmful to my body.

Unaware of the other side of the argument, I was happy to go along with it. I didn’t think to raise it with my friends, or warn them it could be dangerous.

Recently, I asked my mum about their decision not to vaccinate me and my brother and her reasons were exactly how I remembered when I was 14.

‘We believed that childhood vaccinations were harmful as a huge, toxic assault on a young, undeveloped body and immune system with long-term health consequences,’ she explained, adding, ‘As the parent of a new baby, that’s felt like quite a powerful argument.’

While this was before the later-disproved Lancet Journal study linking MMR and autism – the doctor, Andrew Wakefield, was struck off the medical register as a result – there was already a lot of stigma surrounding inoculation, including the misconception that the diseases had already been eliminated, so vaccines were unnecessary interventions.

She explained that the decision wasn’t easy or one quickly made – they even had a meeting with a paediatrician to discuss their concerns – but in the end, they decided against them.

Although I don’t agree with their stance in hindsight, I hadn’t really appreciated how difficult a decision it might have been at that time given the level of misinformation out there.

It’s important to note that the NHS website states ‘there’s no risk of healthy people catching a disease from a vaccine.’

I ended up having some of the vaccinations I missed out on as a baby and young child when I was 16, before going on a school charity expedition to South America. These were deemed as ‘essential’ for travel, so my parents allowed me to have them. Their main concerns over jabs were when I was a baby as they didn’t want me to be exposed to the contents when I was just a few weeks old.

I recall the nurse seeming a little confused when she looked at my record but I don’t think there was any judgement. Perhaps it was something she had seen before.

While I’ve definitely inherited my parents’ curiosity about alternative health (I’ve still never eaten meat and often go for treatments like acupuncture), I don’t agree with their stance on inoculation.

It’s only in recent years, as I’ve approached the second half of my 20s, that I’ve realised how controversial the choice of not vaccinating your child is. If I talk about it now people are generally quite shocked. In fact, I’ve been taken aback at how impassioned people get about the subject.

Celebrities like actress Jessica Biel and make-up artist Kat Von D have been criticised on social media for their supposedly anti-vax viewpoints – something they have both denied. The latter apparently received death threats.

While I totally understand why people feel so incensed, I don’t think the witch-hunt style takedowns are particularly helpful. Judging or shaming them isn’t going to help – we should be discussing the science about why it is important to vaccinate instead.

For example, it’s necessary to remember that vaccinations aren’t just about individuals, but protecting the whole of society. According to the NHS, if 95% of children receive the MMR vaccine, it’s possible to get rid of measles – but measles, mumps and rubella can quickly spread again if fewer than 90% of people are vaccinated. As someone who didn’t receive the vaccine, this is a scary statistic to read.

In 2019, three years after eliminating measles from the UK, the measles-free status was lost once again due to the drop in vaccinations.

Now, with a disease like Covid-19 showing no signs of disappearing fast, but a potential vaccine on the horizon, I have no doubt that the debate will rage on.

Once one becomes available, you can sign me up.

What the NHS says about vaccines