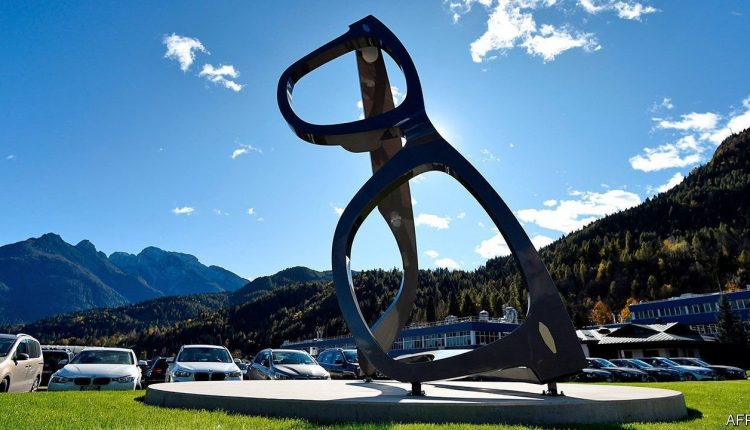 What Leonardo Del Vecchio wants to do in his late 80s MOST OCTOGENARIANS would, given the opportunity, rush to the sun lounger in Monaco. It was widely assumed that Leonardo Del Vecchio, Italy’s richest man, would do just that. He turns 86 in May and some years ago moved his principal residence to the principality. His four marriages and six offspring have produced a gaggle of grandchildren to play with. On March 12th his corporate baby, EssilorLuxottica, reported a strong rebound in sales of the posh spectacles it makes in the second half of 2020. Its market capitalisation is once again above €60bn ($72bn) and near the all-time high it reached in early 2020, before the pandemic dented demand for pricey accessories. What better time to slip on a pair of Ray-Bans (which his firm produces) and bask by the pool?

Mr Del Vecchio’s idea of la dolce vita, it appears, is rather less passive. It is also ambitious—and not just with respect to his company, over which he maintains an iron grip and which he wants to thrust into the digital age. As a supplemental senior activity, the tycoon is also trying to shake up Italian high finance.

Mr Del Vecchio is certainly not short of the audacity and grit required to pull off both endeavours. He spent part of his childhood in an orphanage because his widowed mother could not afford to feed him, and built Luxottica from a shack in Italy’s Dolomite mountains into a global titan. Although he speaks no English, he chose to list his firm in New York, to gain access to America’s deep capital markets, brands such as Ray-Ban and Oakley, as well as a place to sell them (Sunglass Hut, which Luxottica bought in 2001). Instead of taking it easy at 80, he returned to the company in 2014 after a decade-long hiatus to mastermind the merger with Essilor, a giant French lensmaker, and its move from the New York and Milan bourses to Paris.

Now, after what he told the Italian press on March 6th were three “intense years” of getting to know Essilor’s management, the billionaire’s grip on the company has become stronger than ever. In February he put forward a list of new nominees to the company’s board. It would install a close aide, Francesco Milleri, as chief executive and prominent Italians handpicked by Mr Del Vecchio as independent directors. The tycoon himself would remain as chairman. Hubert Sagnières, his deputy who had previously chaired Essilor’s board, would retire, marking the end of a turf battle the Frenchman had waged against Mr Del Vecchio. The slate must still be approved by shareholders at the company’s annual meeting in May. With Mr Del Vecchio’s family holding company, Delfin, owning 32% of the shares, the outcome looks preordained.

So does doubling down on Mr Del Vecchio’s bet on technology. During the covid-19 pandemic EssilorLuxottica has begun building a new e-commerce hub in Sedico, a town in the foothills of the Dolomites, next to a factory that churns out its frames and lenses. Its direct online sales to consumers, which one former eyewear executive calls “the last big margin”, grew by 40% in 2020, to €1.2bn.

This year the company plans to launch smart Ray-Bans, developed together with Facebook. These connected specs, which display information about the outside world to the wearer, promise to be both smarter and more stylish than Google Glass, an earlier collaboration with Silicon Valley from which Luxottica walked away after Mr Del Vecchio declared : “it would embarrass me going around with that on my face”.

Although Mr Milleri’s nomination as CEO raised eyebrows given his lack of experience in consumer goods, his previous job running his own management and information-technology consultancy makes him a reasonable choice to lead the company. Thanks to his closeness to Mr Del Vecchio, he is said to know the company inside out. Most important, he has the founder’s full confidence. That is critical given that the elderly tycoon is not going anywhere. Trim and upright, he could pass for someone 20 years younger. Managers recall that the first question Mr Del Vecchio asks on his regular visits to the factory floor is, “What do you have to show me that is new?”

As if thrusting his empire into the digital age were not challenging enough, Mr Del Vecchio’s side hustle may be more ambitious still. In the past few years he has been preparing the ground for a shake-up of Italian high finance. He has, through Delfin, long owned a stake of around 4.8% in Generali, Italy’s biggest insurer, and nearly 2% of UniCredit, its biggest bank. In the past year his holding company has also built a 13% stake in Mediobanca, becoming the single largest shareholder in the Italian investment bank (which in turn owns 13% of Generali’s shares). Europe’s banking regulator has given Mr Del Vecchio approval to increase his ownership of Mediobanca to nearly 20%.

Mr Del Vecchio’s interest in Generali can in part be explained by the growing role that insurers will play in paying for glasses as ageing populations’ eyesight deteriorates. Milan’s financial-rumour mill is rife with chatter about the shareholder value that might be generated if Mediobanca spun off its Generali stake, or if either the investment bank or UniCredit merged with the insurer. Mr Del Vecchio himself has said that Delfin’s Mediobanca stake is a long-term investment and that he does not intend to gain control of the firm or sway its management. One person close to him says that his plans will become clearer when his stake does rise closer to 20%. Others familiar with his thinking say that he is genuinely concerned about the fate of corporate Italy and would like his legacy to extend beyond EssilorLuxottica.

Focus on the future

And what of the fate of his company once he has departed? A succession plan in case of his death or incapacitation has been agreed with his six children and his current wife. This ensures that each child would each inherit a 12.5% stake in the family holding company, with Mrs Del Vecchio getting 25%. All must agree to any strategic changes to Delfin’s holdings—and so, by extension, to EssilorLuxottica. The need for consensus may make the sort of transformational deals Mr Del Vecchio has pursued harder to pull off. No wonder the tycoon is trying to make more of them while he still can. ■

Intel should beware of becoming a national champion

Consumer boycotts warn of trouble ahead for Western firms in…

America’s long-ailing manufacturers are fired up

Who are India’s newest billionaires?