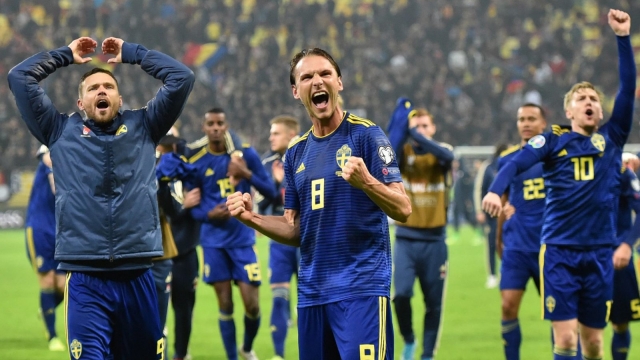 Which Countries Are Best Placed To Win The Euros After The Latest Round Of Nations League Fixtures?

The second international break of the European season came to an end this week, which means that the teams that will be competing in the Nations League final in 12 months’ time are close to being finalized. However, before the Nations League reaches its conclusion, the European Championships will take place, and the recent fixtures could give an indication to which nations are looking most prepared for the major competition.

Like bets made at https://www.us-online-casino.us/, bettors will need to pick the right time to make a bet on the outright winners of the Euros, but which teams should gamblers have their eyes on after the most recent round of fixtures?

It could be argued that this is Belgium’s last chance to win a major trophy with their golden generation, as by the time that the 2022 World Cup comes around, there will be a number of their starters over the age of 30. Belgium suffered a defeat during the most recent round of Nations League fixtures against England, but they were able to jump straight back to the summit of Group A2 with a win against Iceland.

Romelu Lukaku continued his excellent run of goalscoring by scoring twice in that win, which means that he scored three goals in two Nations League games. Kevin De Bruyne was also instrumental in the win, and a strong showing next summer could see the Manchester City midfielder emerge as one of the contenders for the Balon d’Or.

It will be difficult to rule out the reigning European Champions at present, as they were excellent in both of their recent games in the Nations League. They battled to earn a draw against France in the first of their games before they secured their place at the top of Group A3 with a comfortable win over Sweden. That was even more impressive as they were forced to claim the win without their captain, Cristiano Ronaldo.

A number of the stars that typically take a back seat to the Juventus superstar were forced to step up in that fixture in Lisbon, with Diogo Jota scoring a brace and Bernardo Silva also finding the net. They will be considered huge outsiders to reclaim their title, but Portugal shouldn’t be completely discounted.

Italy has re-emerged from the darkness to once again be one of the most competitive sides on the continent. They may not have won during the latest round of Nations League fixtures, but the fate of Group A1 remains in their hands. They face Poland and Bosnia in the next international break, but the job that Roberto Mancini is doing is already ensuring that they should be taken seriously.

Italy missed out on the 2018 World Cup, but the signs are already clear to see that they will be more competitive at the Euros next year. They have already beaten the Netherlands during the international break and won all ten games during qualification for the European Championships next summer.

Which Manager Will Be The First To Leave Their Role In The Premier League This Season?