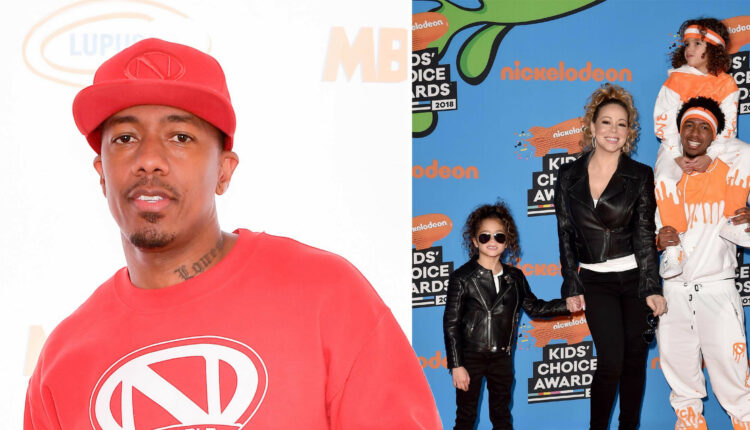 Who are Nick Cannon’s children as he ‘expects seventh baby?’

Nick Cannon will be a busy man this year as he is reportedly expecting his seventh child.

The Wild N Out host, who was previously married to Mariah Carey, is said to be expecting twins with model Alyssa Scott.

It’ll expand Nick’s already sizeable brood to a total of seven – four of his children born in the short span of six months.

So who are Nick’s children and their mothers?

Nick, 40, and Mariah, 51, enjoyed a whirlwind romance before tying the knot in 2008. They welcomed their first children, twins Moroccan and Monroe, on April 30, 2011 – Moroccan is named after the Morroccan-themed room in Mariah’s apartment where Nick proposed, while Monroe is named after late pop culture icon Marilyn Monroe.

Mariah and Nick split in 2014 with their divorce finalised in 2016.

However, they have happily co-parented their 10-year-old twins since and often enjoy family holidays together, including to Mariah’s seasonal Christmas trip to Aspen.

Last year, Nick opened up about co-parenting with his ex-wife and told People: ‘It’s kinda the norm. It’s all rooted in love, it’s all rooted in positive energy. There’s no hard feelings and ill will. Ultimately, it’s about putting the kids first and making sure they have the best childhood they could possibly have.’

Following the breakdown of Nick and Mariah’s marriage, the former America’s Got Talent went on to enjoy a romance with 33-year-old model Brittany Bell.

They welcomed their first child together, son Golden ‘Sagon’ who is now three, on February 21, 2017. They also share a daughter, Powerful Queen, who was born in December 2020.

Announcing the arrival of their daughter five months ago, Brittany wrote in an Instagram post: ‘The best gift ever ♥️ we have been surprised with… A girl!!!!! Powerful Queen Cannon came this week perfect timing for Christmas.

‘So much more to share. All I can say is that Nick was my rock through the most intense yet empowering natural water birth. It was nothing but powerful.’

In April, Nick and DJ Abby De La Rosa announced they were expecting twin boys with a stunning photo shoot, which saw him posing topless in a forest while the mum-to-be wore a crop top made out of pearls and a white maxi skirt with her baby bump on show.

‘Thank you for choosing me to be your Mommy. I know the Lord has destined me and prepared me for the gift of not one but two little angels.’

‘I pray that God give you both the strength to walk brave and boldly in your individual truth just like your Daddy. That God bless you and your brother and guide you into living out your full purpose.’

She continued: ‘Your Dad & I will always be here for you both; in complete unison and support.

‘No matter what this world may throw your way, know that forgiveness is key and what is for you – is for you!’

A month after his and Abby’s pregnancy reveal, reports emerged that Nick was also expecting a baby with Alyssa Scott.

The model shared a picture of herself with her baby bump on Instagram, with the caption: ‘Zen S. Cannon.’

Alyssa did not outright confirm that Nick was the father but she did tease fans with suggestive messages.

When one follower commented on her picture: ‘Where’s @nickcannon he don’t miss a photo shoot?,’ she responded: ‘We are keeping those for us.’

Another follower asked if Nick was the father, to which she responded with heart-face emojis.

Alyssa, who reportedly worked as a model on Nick’s Wild ‘N Out, is currently 34 weeks pregnant.

She revealed: ‘I’m finally getting to that uncomfortable state. Everything aches.’

Why You May Actually Want to Go Back to the Office