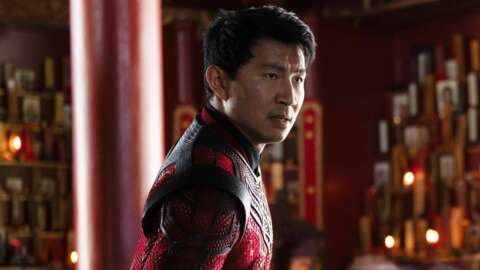 Who’s Who In Shang-Chi? Every New Character In The Upcoming Marvel Movie (That We Know Of)

Shang-Chi introduces a ton of new characters to the MCU. Here are the ones to look out for.

Shang-Chi and the Legend of the Ten Rings is just around the corner, and as the first Phase 4 movie set in the present day MCU, there’s sure to be a lot to keep track of. Not only do we need to stay on our toes and remember all the fallout of major events like Infinity War and Endgame, we also need to juggle a massive cast–most of whom are either making their MCU debuts, or were invented wholesale for the movies and have no comic book history to build from.

This isn’t entirely unheard of for Marvel movies, which have long since adapted a very fast-and-loose method of remixing their source material, but Shang-Chi is unique in just how many original characters it brings into the fold–and it’s unlikely this is the last we’ll see of many of them.

So who’s who in Shang-Chi and the Legend of the Ten Rings? We broke down everything we know about the faces you’re going to see in the upcoming movie, which hits theaters on September 3.

The man himself, played by Simu Liu. Shang-Chi debuted in the comics back in the 1970s as the “Master of Kung Fu,” was a human boy trained from birth by his father, Fu Manchu, in martial arts. In the MCU, however, Shang-Chi is actually the son of a man named Wenwu, who is the true Mandarin–a character we last saw played by an “actor” in Iron Man 3.

In the movie, Shang-Chi has attempted to leave his father’s legacy behind and is living in San Francisco, working as a valet. He’s still got all his training to fall back on, though–and he’s definitely going to need to use it when his father’s army comes looking for him.

Awkwafina’s Katy is a brand new character, invented for the MCU. It’s unclear what her backstory will be, but she’s good friends with Shang-Chi and works with him in San Francisco. According to director Destin Daniel Cretton in speaking with GameSpot, Awkwafina was actually the first actor cast for the movie, and he views her role as an essential part of both the movie as a whole and Shang-Chi’s journey.

Meng’er Zhang plays Xialing, Shang-Chi’s sister. Not much is known about her or her history with Shang-Chi, but they start the movie estranged from one another, so things likely are not great.

Wenwu, AKA the Mandarin, is played by Tony Leung. Wenwu was created for the MCU as the “real” Mandarin and leader of the organization the Ten Rings, replacing Shang-Chi’s comics-based father, Fu Manchu. Wenwu’s magical ten rings are also much different than their comic book incarnations, and appear to be large bands worn up around his arms, rather than individual, literal rings for his fingers.

Glimpsed in the trailers mid-fight with Shang-Chi is Razor Fist, a D-list Marvel villain with, uh, a razor for a fist.

Played by Fala Chen, Shang-Chi’s wife Jiang Li is another original MCU character, replacing Shang-Chi’s white American mom from the comics. She apparently comes from a place called Ta Lo, which seems to have some sort of magical power in and of itself.

Spotted in a trailer, Tim Roth’s Abomination will make a surprising return for this movie. He was last seen back in the Edward Norton Hulk movie, and no one actually knows how or why he’s around for this movie yet.

Benedict Wong is back as Wong, also seen in the trailers. Doctor Strange’s sardonic right-hand man will likely have some sort of mystical insight to offer Shang-Chi, or maybe some connection to Shang-Chi’s mother and aunt in Ta Lo.

Sir Ben Kingsley recently confirmed that he will be making his return to the MCU as Trevor, the hapless actor who was roped into a conspiracy theory when he agreed to play “the Mandarin” back in Iron Man 3. It’s not clear if Kingsley’s involvement will be flashbacks or in present day, but suffice to say we’re going to get some answers to the question absolutely no one was asking: What did that guy get up to after that movie most of us forgot about?