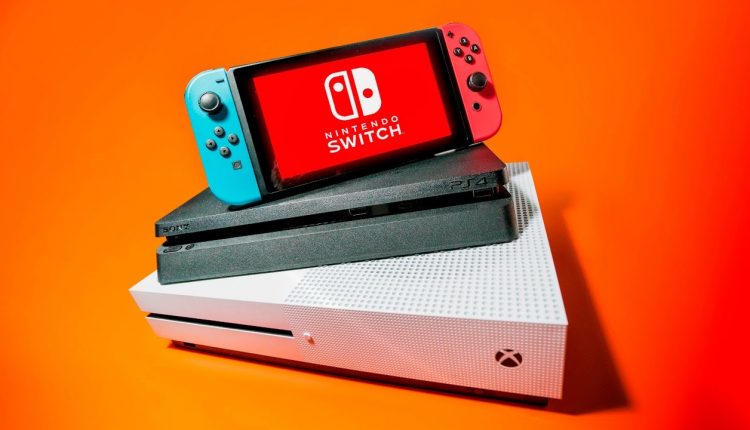 A reader explains why they’re unlikely to get a gaming PC instead of a console, despite acknowledging its benefits.

Just before I start, I couldn’t care less about stirring up people into a frenzy over which is better: console or PC. Whatever system people enjoy their games on is all good as far as I’m concerned. As a console gamer I fully accept that in 99% of cases games will run better on PC. However, sometimes it can grate having this rammed down your throats by PC users (though thankfully very infrequently on GameCentral). Here are my reasons why I’ll very likely never be the owner of a gaming PC.

Many of my favourite games of the last generation are PlayStation exclusives yet to arrive on PC, such as God Of War, Spider-Man, The Last Of Us, and Astro Bot, to name a few. I know Horizon Zero Dawn and Days Gone are both now available (or soon to be) on PC but Sony has yet to confirm which other games they plan to port to PC. Even if we someday have the situation whereby there are no true Sony exclusives it’s highly likely that these games will have an extended period of being available only on PlayStation 5 in the first instance.

This isn’t to say that I’ll throw my toys out of the pram if Sony games launch new releases simultaneously across multiple platforms. I frankly sometimes find it baffling the notion of exclusivity. You wouldn’t buy a DVD player that didn’t play certain films or a music system that wouldn’t play a specific song or album. All games should be available on all systems as long as you have the hardware to meet the demands of the software.

However, whilst I accept one day Sony exclusives might not exist as such, there is no chance the same could be said of Nintendo. As someone lucky enough to own a PlayStation 5 and a Switch, the idea of missing out the sequel to Breath Of The Wild brings me out in a cold sweat.

I understand that potentially, in the long run, PC gaming could be cheaper. However, I imagine you would need to buy quite the number of titles to get to this point. From what I gather a decent gaming PC costs around £1,000. Not many people, myself included, have that kind of money to spend in a single transaction.

In November I managed to snag a PlayStation 5 with a new headset and some games. This was about £700 total and was the most I’ve spent on anything that wasn’t either an essential purchase or a joint purchase. However, to part fund this I sold my Xbox One S, my PlayStation 4 and some games and an old acoustic guitar. This meant I actually only spent about £300 in total, which was through extra shifts at work and birthday/Xmas money. Another £300 on top for a PC might not seem a great deal in the grand scheme of things but it would have still been out of my reach.

Another point to consider is that, barring any issues and depending on the lifecycle of the PlayStation 5, it could last me seven years. Whereas from what I can gather gaming PCs need to be updated every few years if you want to play the latest games.

If you buy a console game you will get the same performance as standard across the board. This may vary slightly if you are playing on a pro version of the console, or depending on the TV you own, but generally speaking games will run the same for all users. People may point to Cyberpunk 2077 as evidence to the contrary, but this is the exception rather than the rule.

For PC on the other hand you might find that you have to make certain compromises for the game to run efficiently or that the game might not run at all.
I might feel differently if I saw it first-hand but when I’ve watched videos on YouTube via my TV I honestly can’t see a significant difference in quality between console games and PC games on ultra settings. The biggest difference I think is ray-tracing, which is something current generation console users are now able to experience.

And in regards to the 30 vs. 60 fps argument, again maybe my eyes are busted but I cannot honestly notice the difference and will always prioritise graphics mode over performance mode on my PlayStation 5. [Frame rate isn’t about what it looks like but how the controls feel – GC]

Another factor for me is the ease of use consoles give the user. Even though the PlayStation 5 is massive it still fits easily under my TV and is easy to set up. PCs, however, are usually required to have a specific monitor, which means the PC will need a dedicated space or room. For myself and many others I imagine this isn’t feasible. Having kids, space is at a premium and I just don’t know where I would have the free space for a PC.

The other thing I lack is technical know-how, which I imagine you require some of to set a system up. Building a PC would likely involve me crying in the corner and shouting at people before I sold it on eBay or paid over the odds for someone to set it up for me. However, despite my incompetence I am able to deal with the ease of setting up a new console. I also imagine PCs are at increased risk of malware and other viruses.

So there you have it. This article isn’t intended to dump all over PC gamers. I accept that there are many reasons to choose a PC over a console, the cheaper games, the better performance, the ability to apply mods, etc. What I am trying to say though is that there also many benefits to console only gaming.