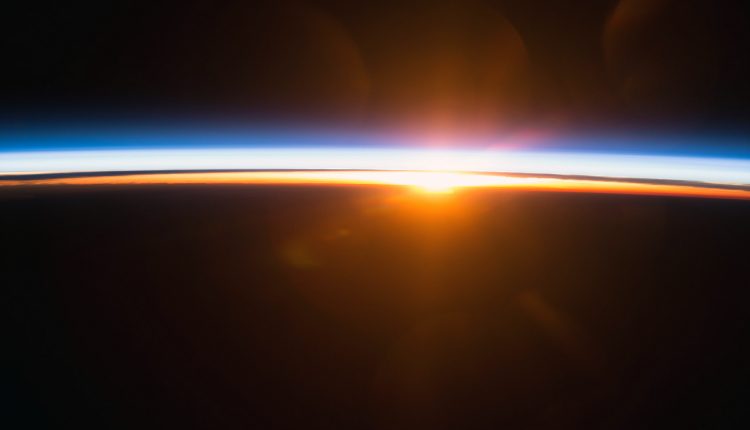 Why Solar Geoengineering Should be Part of the Climate Crisis Solution

This conversation has been edited for length and clarity.

Twenty years ago you called geoengineering “deeply controversial.” How has the controversy changed since then?

Back then it was something that a pretty small group of people who thought about climate knew about — and mostly agreed they wouldn’t talk about. And that was it. Now it’s much more widely discussed. I think the taboo is reduced, for sure. It’s certainly still controversial, but my sense is that there has been a real shift. An increasing number of people who are in climate science or in public policy around climate or in environmental groups now agree that this is something we should talk about, even if many think it should never be implemented. There’s even growing agreement that research should happen. It feels really different.

Why was there a taboo against talking about geoengineering, and do you think was it valid?

I think it’s well-intentioned; people are right to worry that talking about geoengineering might reduce the effort to cut emissions. I don’t think this concern about moral hazard is a valid reason not to do research. There were people who argued that we shouldn’t allow the AIDS triple-drug cocktail to be distributed in Africa because it would be misused, creating resistance. Others argued against implementation of airbags, because people would drive faster. There is a long history of arguing against all sorts of potentially risk-reducing technologies because of the potential for risk compensation — the possibility that people will change behavior by taking on more risks. I think it’s an ethically confused argument.

For me, the most serious concern is some entities — like big fossil-fuel companies that have a political interest in blocking emissions cuts — will attempt to exploit the potential of geoengineering as an argument against emissions cuts. This concern has likely been the primary reason that some big civil-society groups want to block or contain discussion of this stuff so it doesn’t enter more widely into the climate debate. For me the concern is entirely justified, but I think the right answer is to confront it head-on rather than avoiding debate. I don’t want a world where decisions are made by elites talking behind closed doors.

Has the amount of geoengineering research increased in the past two decades?

Dramatically, even in the last couple of years. When I wrote that Annual Reviews paper in 2000, there was virtually zero organized research. There were a few researchers occasionally getting interested and putting in like 1 percent of their time.

Now there are little research programs almost everywhere you care to mention. There’s a Chinese program that’s pretty serious; there’s an Australian one that’s better funded than anything in the United States; there are several in Europe.

What has been the biggest surprise over the past 20 years in how solar geoengineering might work?

The big surprise has been recent results, including two studies I was involved in, showing that the effects of a global solar geoengineering program wouldn’t be as geographically unequal as was feared. What matters for real public policy is who is made worse off.

For one paper published last year in Nature Climate Change, we used a very high-resolution computer model, and we compared, over all the land surface, two worlds: one world where we have two times preindustrial levels of carbon dioxide and the other world where we have enough solar geoengineering to reduce the temperature change by half. For each of the 33 geographical study regions designated by the Intergovernmental Panel on Climate Change, we tried to look at whether solar geoengineering would move a particular climate variable back toward preindustrial levels, which we call “moderated,” or move it further away from preindustrial, which we call “exacerbated.”

In a paper published in March in Environmental Research Letters, we did the same analysis with another model, and we found that with solar geoengineering, everything is moderated in all regions except four. But all four of those are dry regions that get wetter. So my guess is many residents of those regions would actually prefer that outcome because in general people are more worried about getting drier than wetter.

Now, what the model shows may or may not be true in the real world. But if there is a single reason to really look at these technologies and evaluate them in experiments, it’s results like this that show you can reduce almost all or many of the major perturbations of climate without making any region significantly worse. That’s quite a thing.

How would your planned real-world experiment, known as the Stratospheric Controlled Perturbation Experiment (SCoPEx), work?

SCoPEx is a stratospheric balloon experiment to put aerosols in the stratosphere and measure their interaction over the first hours and the first kilometer or so after release in a plume. It involves a high-altitude balloon that will lift a gondola carrying a package of scientific instruments to an altitude of 20 kilometers. It will release a very small amount of materials such as ice, calcium carbonate (essentially powdered limestone) or sulfuric acid droplets known as sulfates. The gondola will be fitted with propellers that were originally made for airboats so that it can fly through the plume of released materials to take measurements.

The amount of released material will be on the order of 1 kilogram, which is far too small to have any direct health or environmental impact once released. The goal is not to change climate or even to see if you can reflect any sunlight. The goal is simply to improve our models of the way aerosols form in the stratosphere, especially in plumes, which is very relevant for understanding how solar geoengineering would work. We hope to launch the experiment soon. But when and where that will happen depends on balloon availability and recommendations from an advisory committee.

We know there are health risks related to sulfuric acid pollution in the lower atmosphere. Are there potential health risks from injecting sulfate aerosols into the stratosphere?

Anything we put in the stratosphere will end up coming down to the surface, and that’s one of the risks we must consider. A full-scale solar geoengineering program might involve injecting around 1.5 million tons of sulfur and sulfuric acid into the stratosphere per year. This could be done using a fleet of aircraft; roughly 100 aircraft would need to continuously fly payloads up to about 20 kilometers (12 miles) altitude. You would not be wrong to think this sounds crazy. We know that sulfuric acid pollution in the lower atmosphere kills many people every year, so putting sulfuric acid into the stratosphere is obviously a risk. But it’s important to understand how much 1.5 million tons a year really is.

The 1991 eruption of Mount Pinatubo, in the Philippines, poured about 8 million tons of sulfur in one year into the stratosphere. It cooled the climate and had implications for all sorts of systems. Current global emissions of sulfur are about 50 million tons a year into the lower atmosphere, and that kills several million people every year from fine particulate air pollution. So the relative risk from solar geoengineering is fairly small, and it has to be weighed against the risk of not doing solar geoengineering.

How quickly could a full-scale solar geoengineering program get off the ground?

It could happen very fast, but all the ways it happens very fast are bad cases, basically where one country just jumps on it very quickly. It’s obvious that what would be best is for countries not to just start doing it but to articulate clear plans and build in checks and balances and so on.

If there were much wider research over the next half-decade to decade — which is possible because attitudes really are changing — then it’s plausible that some coalition of countries could begin to inch toward real implementation with serious, visible plans that can be critiqued by the scientific community starting by the end of this decade. I don’t expect it will happen that fast, but I think it’s possible.

How does geoengineering fit in with other efforts to combat climate change such as reducing fossil-fuel emissions and removing carbon from the air?

The first, and by far the most important, thing we do about climate change is decarbonizing the economy, which breaks the link between economic activity and carbon emissions. There’s nothing I can say about solar geoengineering that changes the fact that we have to reduce emissions. If we do not do that, we’re done.

Then carbon removal, which involves capturing and storing carbon that has already been emitted, could break the link between emissions and the amount of carbon dioxide in the atmosphere. Large-scale carbon removal really makes sense when emissions are clearly heading toward zero, and we’re getting toward the harder chunk of the economy to mitigate. And then solar geoengineering is a thing that might partially and imperfectly weaken, but not break, the link between the amount of carbon dioxide in the atmosphere and climate changes — changes in sea level, changes in extreme events, changes in temperature, etc.

So if you look at the curve of overall greenhouse gases in the atmosphere, you can think of emissions cuts as flattening the curve. Carbon removal takes you down the other side of the curve. And then solar geoengineering can cut off the top of the curve, which would reduce the risk of the carbon dioxide that is in the air already.

Do you feel optimistic about the chances that solar geoengineering will happen and can make a difference in the climate crisis?

I’m not all that optimistic right now because we seem to be so much further away from an international environment that’s going to allow sensible policy. And that’s not just in the U.S. It’s a whole bunch of European countries with more populist regimes. It’s Brazil. It’s the more authoritarian India and China. It’s a more nationalistic world, right? It’s a little hard to see a global, coordinated effort in the near term. But I hope those things will change.

This story originally appeared in Knowable Magazine and is republished here as part of Covering Climate Now, a global journalistic collaboration strengthening coverage of the climate story.

The Unusual Connection Between Beavers, Permafrost and Climate Change

Why the 2020 Fire Season Has Been So Hellish