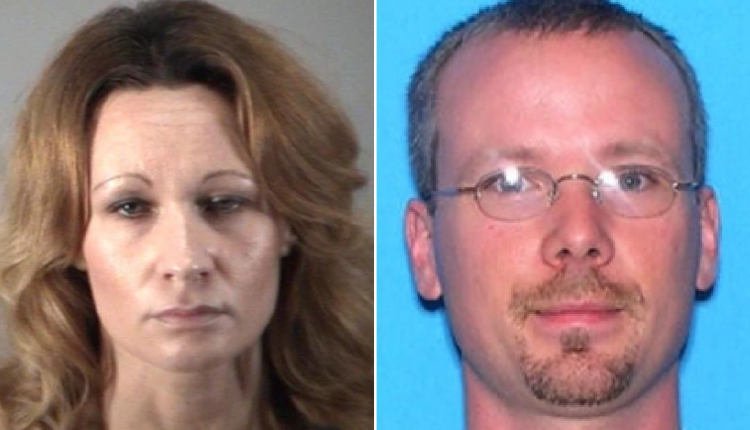 A widow was arrested over claims she killed her husband and buried him under a fire pit, before boasting about it to her new lover. Laurie Shaver, 37, was charged with the 2015 murder of her husband Michael Shaver on Thursday, two-and-a-half years after his remains were found in their garden in Clermont, Florida.

Speaking about her husband after he vanished, but before his body was discovered, Shaver told a lover: ‘It’s not that he’s missing – he’s no longer walking the Earth.’ She is also said to have told the unidentified partner that a body was buried on the property.

Lake County Sheriff’s Office began probing Shaver in February 2018 after one of Michael Shaver’s friends contacted police to say they hadn’t heard from the missing man since late 2015. It is unclear if that tip was related to the boast Laurie Shaver made to her subsequent partner.

After approaching Shaver about her husband’s whereabouts, she claimed he’d left her and her two children and moved to Georgia in 2014 after she’d filed a domestic violence claim against him, the Orlando Sentinel reported.

Deputies from Lake County asked Shaver if they could use a cadaver dog to sniff around a newly-laid concrete slab under a fire pit in her back garden. She told them to get off her property.

Those investigators returned the next month with a search warrant, and found skeletal remains buried three feet under the concrete slab. DNA analysis later confirmed the body was that of Michael Shaver.

Cops think the missing dad was killed in November 2015, but have not shared how they think he was killed, or a possible motive for the murder.

After allegedly bumping-off her husband Laurie Shaver is said to have pretended to be Michael on his social media accounts to explain his disappearance.

She has been charged with second-degree murder, and is being held at Lake County Jail ahead of her next court appearance.