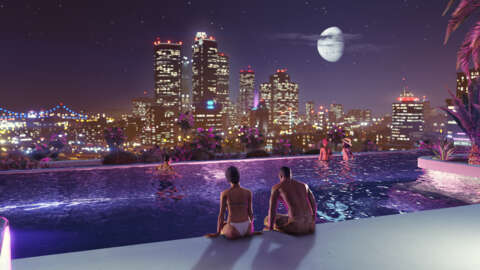 Will GTA Online Get Cross-Play?

Grand Theft Auto Online has been hugely popular for Rockstar Games and parent company Take-Two, but the game is missing one feature that has found its way into a lot of other multiplayer games: cross-play. If you’re on Xbox One, you can only play with other Xbox One players, and the same goes for those on PC and PS4. But will GTA Online get cross-play, and if not, what reasons could be holding it back?

Why doesn’t GTA Online have cross-play?

As we mentioned, as of now, GTA Online does not feature cross-play. Unlike games like Call of Duty: Warzone and Fortnite, you can’t play with someone on another platform. Initially, this likely had to do with what was standard when the game launched in late 2013. Cross-play was basically unheard of, with platforms locked down. That didn’t really change until 2018, which was well after GTA Online had come to current-gen systems and PC.

Will GTA Online ever get cross-play?

Rockstar has not announced this feature yet, but Grand Theft Auto 5 will be coming to the PS5 and Xbox Series X|S later this year. If there were ever a time to add this feature–even if only for those two versions of the game–it would be during that development process. We know those versions will have some content not present in the current-gen versions of the games. It’s not clear if something like cross-play would be possible should there not be content parity.

One encouraging bit of news regarding this came from Take-Two CEO Strauss Zelnick, who stressed that his company doesn’t just release simple ports, but instead tries to add something truly unique or meaningful when its games release on new platforms. Something like cross-play would certainly fit the bill, especially since it’s now offering a standalone version of GTA Online that doesn’t require Grand Theft Auto 5.

Will GTA Online Come To PS5 And Xbox Series X?