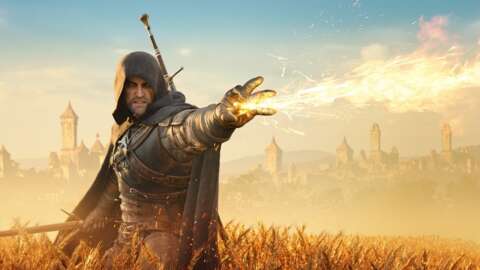 A pair of high-profile games will be exiting Xbox Game Pass sometime in the near future. Both The Witcher 3: Wild Hunt and Bloodstained: Ritual of the Night are now listed in the “Leaving soon” section of the Xbox Game Pass app.

The Witcher 3 is not available for the PC version of the Xbox Game Pass, but Bloodstained is, and it’s slated to leave that version as well. Other outgoing games include Kona for consoles, Astrologaster for PC, and Alvastia Chronicles across both. No date has been given for these games to leave.

Read more: Best Xbox One Games of All Time

The Witcher 3 is one of CD Projekt Red’s most critically acclaimed games, and helped put it on the map ahead of Cyberpunk 2077. It’s a massive RPG fantasy world with dozens of hours of gameplay, so you may need to start quickly if you want to dive into it before it leaves the service. Bloodstained is a throwback to classic Castlevania games made by game director Koji Igarashi.

Bloodstained is 20% off for Game Pass subscribers while it remains on the service, which brings the price down to $32.

Xbox Game Pass offers a rotating library of games to subscribers. The console and PC plans are $10 per month, but a combined “Xbox Game Pass Ultimate” plan for $15 per month includes both libraries along with cloud streaming on Android.