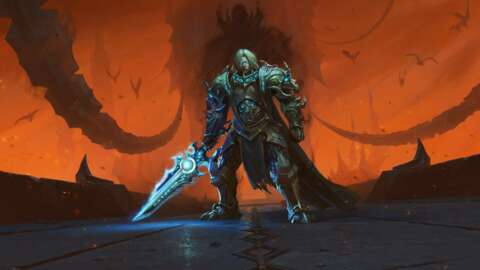 World of Warcraft: Shadowland’s long-awaited patch 9.1, Chains of Domination, is set to release on June 29, and when it does, it will introduce a new system that is already causing players to howl in frustration.

The issue with this new system is that gear with Domination sockets may take up a gear slot that is already occupied by a player-crafted Legendary item. Legendary items, of which players can only have one equipped, also give players powerful, unique effects they won’t want to give up. Over the last seven months, players have spent hundreds of thousands of gold and dozens of hours farming the expansion’s rogue-lite dungeon Torghast for the required Soul Ash material needed to upgrade their Legendaries to their highest item level. Now, Blizzard is essentially telling players they will need to do all of that work again to recraft that same Legendary in a different item slot, one that won’t be able to equip a piece of gear with a Domination socket.

Players are, predictably, not thrilled about this. Prominent WoW content creators have been brainstorming ideas on how to improve the system, ranging from letting players decraft their current Legendary in order to regain the Soul Ash, detethering Legendary item effects from gear, or simply allowing players to equip Shards of Domination on items of their own choosing. With the patch’s release date quickly approaching, changes to the system seem unlikely before launch, but many players are still waiting for Blizzard to address the issue in one way or another.

In addition to the Shards of Domination system and a new raid, Chains of Domination’s release will also bring updates to Torghast (which should at least make farming Soul Ash a little easier), a new zone to explore called Korthia, the Tazavesh mega-dungeon, new story chapters for each of the expansion’s four covenants, the ability to use flying mounts while in the Shadowlands, and more.